Friendly Reminder: Dems Still Got Nothing On Allegation That Team Trump Colluded With The Russians 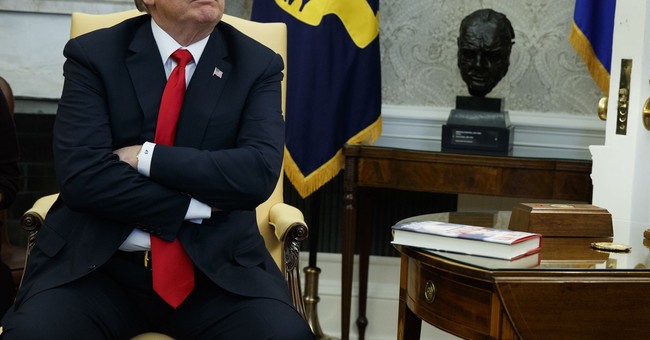 Yes, there’s been a lot more pressing news, but rest assured this issue is going to raise its ugly head because Democrats really need something to bash Trump with, even if there is no evidence for them to do so. Yeah—I’m talking about Russia again. The saga continues. CNN and liberal Democrats have kept and will keep insinuating that some complex plot was orchestrated by the Trump campaign with the Kremlin because their base wants it desperately to be true. The problem is that there is still no evidence that the Trump campaign colluded with the Russians to tilt the 2016 election. And just because Hillary thinks so, doesn’t make it so. Keep in mind; this is a woman who also blames Facebook, the FBI, former FBI Director James Comey, Obama, Biden, Sanders, and the media for costing her the election. Also, voters outside of liberal bubbles don’t care about Russia. No one cares, folks.

The Republican National Committee has certainly been having fun documenting all the times Sen. Dianne Feinstein (D-CA), Rep. Jackie Speier (D-CA), and Rep. Adam Schiff  (D-CA) were pressed on evidence only for them to say that there is none.

Now, Schiff has changed his tune, saying he thinks that he may have found evidence of collusion, but that’s only his opinion. Rep. Maxine Waters (D-CA)—gee, we’re California heavy here—said that Trump is colluding with the Kremlin’s help, but she’s also said that former Rep. Jason Chaffetz (R-UT) has Russian ties, so she’s totally off the wall in conspiracy theory peddling. I mean it’s highly entertaining but also unspooled.

We’re still at square one in what’s becoming a very silly investigation. Did the Russians interfere in our 2016 election? Yes, but it wasn’t all that effective—and no vote totals were changed. The question, again, is whether Team Trump and the Kremlin forged an alliance to win a presidential race. And there remains zero evidence to back up this allegation.

To complicate matters, story after story from the news media about Russia collusion has blown up in their faces. The two biggest Russia collusion stories thus far, that former National Security Adviser Michael Flynn was ordered to make contact with the Russians during the campaign and that the Trump campaign was given a decryption key code by a donor to unlock troves of DNC emails prior to being made public by Wikileaks, were totally wrong. Why? They got the dates mixed up. ABC News’ Brian Ross reported on the Flynn story, which tanked the markets. In reality, Flynn made contact after the 2016 election, which is not unusual for an incoming administration. Ross was suspended for four weeks without pay and transferred to another reporting job. On the decryption keycode story, well, those files were already public when that email was sent to the Trump team, so it was a nothingburger. The serial failure of the media in the Trump era is a disconcerting aspect, one fueled by the fact that newsrooms are liberal and hate the president. It’s starting to make them step on rakes pervasively. With months of investigating and no solid leads, that’s a sign that maybe this is a wild goose chase. The rest of the country has accepted that Donald J. Trump won the 2016 election fair and square. We’re just waiting on the rest of the liberal media to do the same.