The Media Seemed Disappointed That Trump Didn’t Have AIDS, Hepatitis C, Ebola, Or Anything Awful 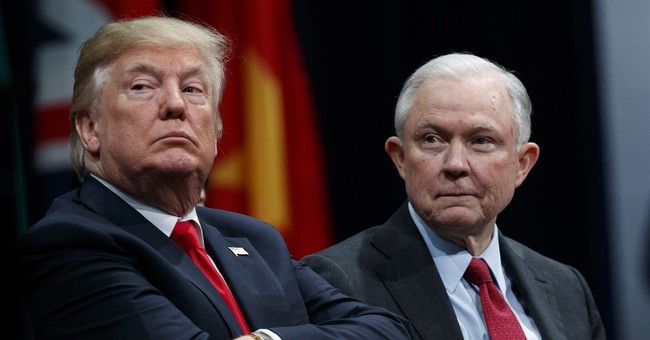 Hopping off what Katie wrote yesterday, the president is healthy. In fact, he’s in excellent health. Forget the idiotic speculation about drinking too many Diet Cokes and eating Big Macs, the president’s blood pressure was good and his cognitive function was fine. The 25th Amendment, the liberals’ go-to plan, the one that was going to get Trump out of the White House was dashed by science and genetics. At yesterday’s press briefing, the president’s doctor, Rear Admiral Ronny Jackson, broke down the numbers. His heart rate is fine, his blood pressure is fine, and he weighs 239 pounds. Jackson added that there were conversations about diet and exercise since he recommended that Trump lose 10-15 pounds, but said he would be in good health throughout his first term, possibly a second. Oh, and his mental health is fine. As Katie noted, the media’s narrative crumbled to dust yesterday, as Trump aced the cognitive function test, which Jackson felt was unnecessary; Trump voluntarily submitted for one:

What happened next could only be described as a medical round robin, where most reporters were just hoping to find something wrong with the president. Again, as in most cases with the press, the entertainment value was fantastic. At the same time, what the hell, news media? These reporters were hoping that Trump was in bad health; that he was mentally unfit? The man got big marks from South Korea for getting North Korea to the table to deescalate tensions on the peninsula before the Winter Olympics, over two million workers have received bonuses and raises thanks to the tax reform package, consumer confidence is at a 17-year high, economic growth is about to break four percent, the Dow Jones keeps breaking records, and unemployment is at a two-decade low. Is this apocalypse? If you think so because Hillary Clinton is not president, you need that cognitive function test. It was absurd. The press went into Trump’s prostate health, the types of aortic checks Jackson performed, and I think we even discussed the president’s hearing ability. He’s losing his hearing; he must be insane. This lust to have stories about Trump putting his keys, for example, in the refrigerator and forgetting about them in order to build a narrative to remove him from office is appalling.

So, today's medical assessment from the press is: Trump likely has Alzheimer's and Dr. Jackson just didn't catch it and he's also basically obese. What was actually said by the Dr.: "The president is in excellent health."

Anyone recognize the WH reporter who asked whether Trump was addicted to drugs, btw? pic.twitter.com/Kgh8WlRObk

Listening back, another reporter piped in "How about sexual [addiction]?" https://t.co/1j3pBXTSyE

One of the reporters just f---ing asked if the president is addicted to drugs.

By 9pm tonight MSNBC will be all over the dangerous mental conditions found in this exam.

That is a little of what these q’s feels like. The same doctor who treated POTUS 44 and 43. https://t.co/Ry1WinMAWm

Once again @realDonaldTrump has trolled press into making asses of themselves.

On top of the prostate questions, there were inquiries about whether he was fit for duty, could we rule out dementia, whether he had heart disease, whether he wears dentures, an explanation about the slurring of his speech, and whether we can rule out early on-set Alzheimer’s because a throwback to Reagan and mocking him would be all too sweet for the press corps. Oh, we’re not done. Questions about Hepatitis C, whether Trump was obese, drug addiction, and whether Jackson was keeping anything from public knowledge because the West Wing might be happening here, though Trump does not have multiple sclerosis.

Between Acosta, Sanjay Gupta, and the Playboy idiot, CNN has been responsible for about 15 of these useless questions

Some on Twitter documented the insanity, while making their own inquiries, like whether Hillary Rodham Clinton would have received the Spanish Inquisition over her pneumonia that caused her to collapse at the 9/11 Memorial event last year.

I am astonished at a media so curious about Trump's health when they couldn't ask a single question about Hillary's "pneumonia."

Sorry media, there is nothing wrong with Donald J. Trump. His genetics are great, which is why the McDonald’s runs aren’t as devastating as many were hoping for with this routine checkup. And the president doesn’t smoke, do drugs, or drink alcohol. You’ve lost once again over a ghoulish wager of hoping something was wrong in order to undercut his administration.

Did Obama get any sustained questions about how he was a smoker and how that is not good for one’s health? It was a clown show, which is par for the course regarding the media and how they cover this White House, a collection of stumbles and rakes breaking their faces.

Oh, and not for nothing, but we should all be glad that the president is in good health.