Another Member Of The News Media Is Fired For Sexual Misconduct 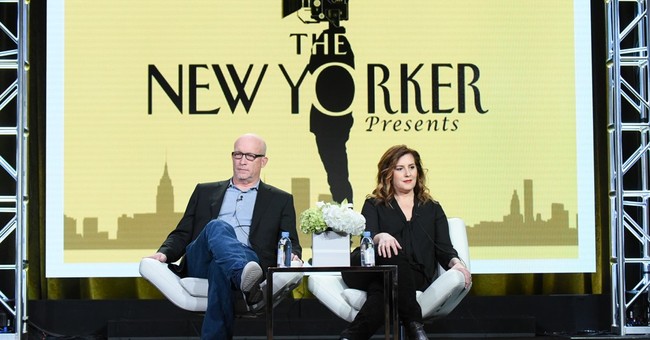 Well, the sexual harassment reckoning that’s sweeping the country has claimed another member of the media: Ryan Lizza. The Georgetown professor and New Yorker writer was fired from the publication earlier this afternoon for “improper sexual conduct.” Georgetown University said that fall semester classes have concluded, but that Mr. Lizza won’t be teaching next semester. In a statement, Lizza denied there was any impropriety, noting that this was a “respectful” relationship with a woman he dated. The lawyer representing Lizza’s accuser said in a separate statement that the woman, who wishes to remain anonymous, said the relationship was anything but respectful (via Politico):

"I am dismayed that The New Yorker has decided to characterize a respectful relationship with a woman I dated as somehow inappropriate,” he said. “The New Yorker was unable to cite any company policy that was violated. I am sorry to my friends, workplace colleagues, and loved ones for any embarrassment this episode may cause. I love The New Yorker, my home for the last decade, and I have the highest regard for the people who work there. But this decision, which was made hastily and without a full investigation of the relevant facts, was a terrible mistake."

Douglas Wigdor, an attorney representing the unnamed woman who accused Lizza of misconduct, disputed that characterization.

“Although she desires to remain confidential and requests that her privacy be respected, in no way did Mr. Lizza’s misconduct constitute a ‘respectful relationship’ as he has now tried to characterize it,” read a statement from Wigdor, whose firm is perhaps best known for representing clients alleging sexual harassment and racial discrimination at Fox News. “Our client reported Mr. Lizza’s actions to ensure that he would be held accountable and in the hope that by coming forward she would help other potential victims.”

The New Yorker has severed ties with Ryan Lizza in response to behavior the magazine believes to be “improper sexual conduct." Full statement: pic.twitter.com/a1PAb5Vkao

Ryan Lizza says in a statement that he’s “dismayed” the New Yorker has characterized “a respectful relationship with a woman I dated as somehow inappropriate.” Full statement: pic.twitter.com/SvjnzSaYSR

Statement from Georgetown spox: Georgetown recently learned of the New Yorker's actions. Classes have concluded for the fall semester at the University. Mr. Lizza will not be teaching any classes next semester.

Politico also mentioned that Lizza would not be teaching at Georgetown, though it’s unclear if he was axed from the schedule or was not planning on teaching in the spring prior to this alleged sexual misconduct development.

Also, Lizza tweeted about Mitt Romney’s “binders full of women” remark that entertained liberals back in 2012. It did not age well: