Poll: Almost Half Of White Southerners Feel Like They're Under Attack 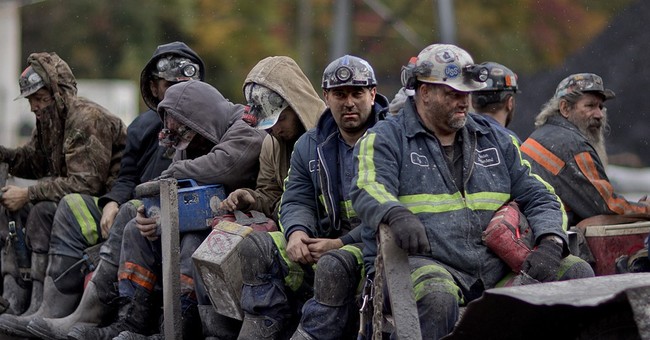 This is something that fell on the backburner, but a bit interesting. A poll showed that a significant amount of white southerners feel they’re under attack. I can see how. I’m not saying it’s right or wrong, but the fact remains that Confederate statues, the flag, etc. are all cornerstones of southern culture. It’s part of American history as well. Not one of our best moments, but a part of it nonetheless. Here’s the breakdown of the survey (via The Hill):

Nearly half of white American poll respondents living in the South feel like they’re under attack, a new Winthrop University poll found.

Forty-six percent of white Southerners polled said they agree or strongly agree that white people are under attack in the U.S. More than three-fourths of black respondents said they believe racial minorities are under attack.

And 30 percent of all respondents in the poll agreed when asked if America needs to protect and preserve its white European heritage. More than half of respondents disagreed with the statement.

Forty percent of respondents said they believed that Confederate statues should remain as is, while nearly a quarter said a plaque should be added to contextualize the statue.

Let’s step away from the Confederate statutes for a second. One just has to look at the recent Virginia gubernatorial election to see how the Left sees rural voters. In the waning days of the 2017 elections in Virginia, Democrat Ralph Northam seems to have coordinated with an outside group—the Latino Victory Fund—to push this horrific ad, showing a supporter of Republican candidate Ed Gillespie driving a pickup truck, with a Confederate flag flying, and running over nonwhite kids. Yes, because all white people drive pickup trucks. All whites support the Confederacy—and they just can’t wait to run over blacks, Asians, Muslims and Hispanics. That’s how the Left feels about people, who don’t live in the cities, don’t have college educations, and don’t have a liberal mindset. They must all be racists. That sentiment permeates the Clinton camp, which truly thinks that Hillary Clinton lost due to sexism, racism, and misogyny. It couldn’t be that she was a terrible candidate, who had zero economic messages, ignored white rural voters (and the Rust Belt in general), and was distrusted by the electorate.

To be even more hypocritical, Democrats, especially those in Virginia, try to sell that they’re somehow adhering to an inclusive agenda for an inclusive Virginia, seemingly forgetting that they ran an ad that heavily insinuated that all white voters are genocidal racists. Even NBC’s Chuck Todd noted the horrific theme of the ad, asking Democratic National Committee chair Tom Perez if he thought he was racist since he drives a pick-up truck.

Democrats need Trump voters. It’s a fact. They need to win them back in order to retake the House, Senate, and The White House if they wish. The gains made in Virginia are remarkable, but they’re tempered by the fact that it’s a state that Hillary won in 2016, and Democrats flipped state legislative districts that were already in Hillary-land. It’s still not a sure thing. Furthermore, these people aren’t aliens. In fact, a good chunk of them hold economically progressive views. They’re swing voters. Obama was able to compete with them—twice. No, he didn’t win the white working class vote, but he won enough to them to avoid have the score run up in the rural regions that allowed Trump to clinch a solid win over Hillary was last year. Yeah, I know—cue the meaningless and worthless popular vote talking points by Democrats. We all knew California was going blue—and it will still go blue, but Republican nabbed Pennsylvania, Wisconsin, and Michigan—all thanks to Obama voters who flipped. Democrats would do well not roll their eyes at this poll, nor is it a good idea to just label all southern whites as racists. Then again, they’re not going to take this seriously.

I served 8 years in the Army, took care of sick kids, and am running to build a more inclusive Virginia. Don't talk to me about showing up. https://t.co/jzDx9bS6mh