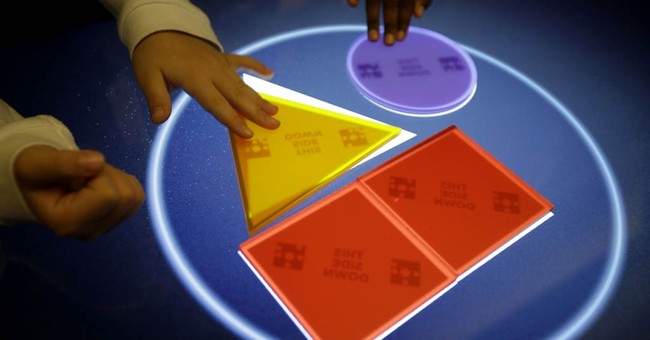 You have got to be kidding me. That’s really all I can say about this. Mathematics is part of a system that promotes white privilege. That’s what one Illinois professor is saying, noting that teaching geometry and algebra reinforces such attitudes. How far gone do you have to be to believe in this crap?

A math education professor at the University of Illinois says the ability to solve geometry and algebra problems and teaching such subjects perpetuates so-called white privilege.

Rochelle Gutierrez laid out her views on the subject in an article for a newly published anthology for math educators titled, “Building Support for Scholarly Practices in Mathematics Methods.”

“School mathematics curricula emphasizing terms like Pythagorean Theorem and pi perpetuate a perception that mathematics was largely developed by Greeks and other Europeans," she says, according to Campus Reform.

She also says that addressing equity in mathematics education will come when teachers can understand and negotiate the politics outside the classroom.

“On many levels, mathematics itself operates as whiteness. Who gets credit for doing and developing mathematics, who is capable in mathematics, and who is seen as part of the mathematical community is generally viewed as white,” she writes.

Unlike my fellow Asians, I totally sucked at math. I liked English and history better, so engineering and other careers that are heavily based in math were not in the cards for me. At the same time, if I had this nonsense looped into the curriculum, I would probably have gone insane—and so should any rational human being with cognitive function. You’re solving a math problem. That’s all. The fact that some on the Left are trying to make the field that allowed us to beat the Russians to the moon into the next field of political correctness just shows the toxicity of this whole agenda.