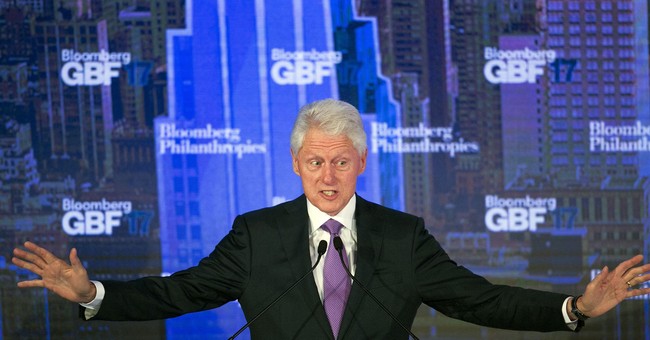 As Katie wrote last week, the Trump tax reform package is out. Here are some of the details:

The lowest federal income tax bracket for individuals will sit at 12 percent, an increase from 10 percent, but will be offset by an expansion of the child tax credit. There will be three brackets total, down from seven, with the other two at 25 and 35 percent.

-The small business tax rate will drop to 25 percent, the lowest in America since the 1930s.

-The corporate tax rate will be decreased from 35 percent to 20 percent, prompting American money to come home from overseas.

-The child tax credit will be expanded. Administration officials nor the President will provide an exact number and will rely on proper congressional committees to come up with one they deem appropriate.

-Rewriting tax regulations so Americans can complete their taxes on a single page.

-Getting rid of double taxes, including the death tax.

-Charitable deductions are not changing

-Retirement taxes will not be touched

-Mortgage deductions will not change

Of course, the Democrats are against it. Yet, let’s take a trip down to memory lane. NTK Network found a September 2016 interview that CNBC Becky Quick did with former President Bill Clinton, who admitted that the corporate tax rate should be cut. He said it should be as close to the Organization for Economic Co-operation and Development average as possible, which the Tax Foundation put at 22.5 percent. So around 20 percent, which is exactly what Trump is proposing.

“I was the president who urged it to be raised to 35 percent,” Clinton admitted to Quick.

Clinton explained that when he made the corporate tax rate 35 percent, it was “precisely in the middle of the OECD countries,” but this rate was no longer in the middle, he said.

“I think it should be lowered,” Clinton told Quick. “We should try to get it as close to the international average as we can, so we’ll be competitive.”

And Trump and the Republicans have found others, who support cutting the corporate tax rate, like Laura Tyson, who quarterbacked Council of Economic Advisers and the National Economic Council under Clinton had this to say earlier this month:

The U.S. corporate tax rate was among the lowest among developed countries after the 1986 tax reform. It is now the highest. A recent study confirms that even after accounting for deductions, credits and other tax-reducing provisions, U.S. multinationals face among the highest effective tax rates in the world. Many U.S. companies opt out of the corporate tax system by organizing as partnerships and “pass through” businesses. In 2013, corporations accounted for only 44% of business income in the U.S. compared with about 80% in 1980.

The world-wide American corporate tax system subjects U.S. companies’ foreign earnings to the U.S. corporate tax, with the amount owed offset by credits for taxes paid in foreign jurisdictions. In contrast, 29 of the 35 countries in the Organization for Economic Cooperation and Development have adopted territorial systems, which largely exempt the foreign business earnings of their multinationals from home-country taxation. This puts U.S. multinationals at a competitive disadvantage when doing business abroad. They face the high U.S. corporate rate on their earnings in foreign markets while their global competitors face the much lower local rates. This difference translates into a sizable cost advantage for foreign multinationals, allowing them to charge lower prices and capture market share from U.S. companies.

The competitive dynamics of the global economy were different in 1986, when the U.S. last reformed its tax code. It is time for comprehensive reform that reduces the corporate rate, broadens the tax base, simplifies the system, and adopts a modern territorial approach with safeguards to protect the U.S. tax base. Lawmakers on both sides should work together to craft reforms that will benefit America’s workers, companies and economy.

And even the LA Times’ editorial board is giving the okay on corporate tax reform, noting that Democrats shouldn’t oppose that provision of the Trump tax plan—at least in principle:

When it comes to business taxes, though, it would be a mistake for Democrats to line up reflexively against lowering rates, which are the highest in the developed world. Even President Obama thought corporate tax rates were too high; that’s why his administration sought to lower the top corporate rate from 35% to 28% in 2012.

As ever in tax policy, the devil is in the details — most of which the framework leaves for Congress to decide, including the cost of the plan. Still, if done in a deficit-neutral way, an overhaul of corporate taxes that lowers rates while winnowing the thicket of loopholes and exemptions is an idea that lawmakers of both parties should support.

It may be a pipe dream to think of a bipartisan way forward on business taxes. Lawmakers couldn’t reach agreement on a business tax reform package during Obama’s presidency, even with the support of influential members of both parties. These days, the gap between Republicans and Democrats on tax policy is easily as wide as the partisan gap on healthcare.

Yet even Democrats who believe tax rates should go in only one direction — up — ought to recognize the problems caused by the current approach to corporate taxes. The U.S. is badly out of sync with the rest of the planet on which revenues it taxes and how much it charges. Not only is its top rate almost 40% higher than the average charged in other developed nations, it is one of only six countries that still tax the income that domestic companies earn outside their borders.

Speaker Ryan is confident that tax reform can pass the House; the House Freedom Caucus is onboard. The question, as it has been for many months now, is whether the Senate can deliver. So far, it’s been a spectacular disappointment.