The Electoral College: The Latest Thing Hillary Blames For Costing Her The 2016 Election 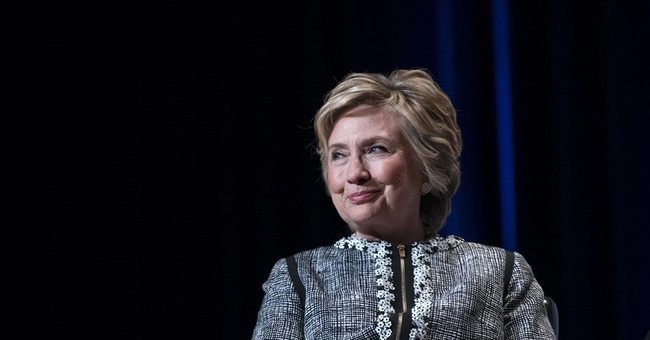 I will go into this a little more soon, but it seems like Hillary Clinton has another item to add to her whine list concerning her 2016 defeat to Donald Trump: the Electoral College. Her book, What Happened, will be in bookstores tomorrow. No matter what is happening in the world. No storm, immigration issue, tax reform issue, North Korean missile launch, is going to drown the media attention that will occur with this book’s release. Why? Because it’s the Clintons—and the most unpopular one is going to rehash the 2016 election, point fingers, dish out blame, and take responsibility (somewhat) for her role in the most stunning upset in American political history. Frankly, while she utters the words “I take responsibility,” she blames Joe Biden, Bernie Sanders, James Comey, Barack Obama (for not being more aggressive on announcing Russian interference), and the Electoral College for her defeat. It strikes at the heart of one her faults as a candidate: voters thought she was inauthentic (via Politico):

While Clinton in the past has openly taken responsibility for the failures of her campaign, she has also repeatedly lashed out those she saw as detractors, from former FBI director James Comey to the media to the Russian foreign influence campaign — a theme seemingly echoed in her new book.

“I go back over my own shortcomings and the mistakes we made,” Clinton writes, according to early excerpts of the book. “I take responsibility for all of them.”

But, she adds, “I wasn’t just running against Donald Trump. I was up against the Russian intelligence apparatus, a misguided FBI director, and now the godforsaken Electoral College.”

In the memoir, Clinton also takes jabs at former Vice President Joe Biden and Sen. Bernie Sanders, her Democratic primary opponent, both of whom she faulted for causing “lasting damage” to her campaign.

Hillary, the Russians, James Comey, etc. didn’t tell you to avoid the Rust Belt and cede key counties to Donald Trump last year. As with anything on your list of grievances, it wasn’t Electoral College; it was you.