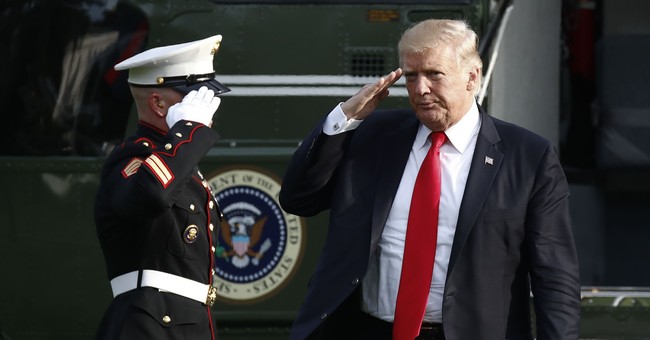 Tax reform is a priority item for the Trump administration. Treasury Secretary Steve Mnuchin says it could all be done by the end of the year, a rather lofty goal as the August recess ends. President Trump pitched his new plan in Springfield, Missouri as a package that will revitalize and strengthen America’s middle class. Katie reported how the president warned Congress that this is a once in a generation opportunity to get this done, so don’t screw it up (via CNN):

Trump's speech kicked off in earnest the effort of selling tax reform, which Treasury Secretary Steven Mnuchin said last week he hopes to get to the President's desk by the end of the year.

As of yet, Trump's plan remained stuck in broad outlines: simplifying the tax code, creating a more competitive tax code, delivering tax relief for the middle class and repatriating offshore profits. Trump also said he would like to bring the business tax rate down to 15%, a figure that has been met with resistance by congressional leaders who see it as too low.

But Trump's mission on Wednesday, administration officials said, was to frame the debate, not lay out a detailed proposal.

CNBC made more on the broad outlines of the proposal:

In a speech Wednesday in Missouri, President Donald Trump stressed the need for tax cuts to make the U.S. more competitive globally. The administration's plans thus far have been short on details, but they generally seek to lower the corporate tax rate from the highest in the world at 35 percent to as low as 15 percent.

Mnuchin said the 15 percent rate is ideal, but he did not commit to that level.

"Wherever we end up, the objective is to get a competitive business rate," he said.

In addition, Trump is seeking to give companies tax breaks for bringing cash stored overseas back home.

Mnucin said repatriation also is a major goal of the plan.

Tax credits received by illegal immigrants and wage write-offs U.S companies claim in their illegal employment costs the Treasury $296 billion over 10 years, according to a new report that is urging Congress to crackdown on the loopholes.

Annually, according to the Center for Immigration Studies, the lost taxes bill is about $30 billion, enough to fund the average middle income tax cut the Trump administration is considering, about $300.

That comes on top of wage losses to legal workers of $118 billion when companies illegally hire undocumented aliens, said CIS.

CIS targets the wages for illegal immigrants that companies write off as operating expenses and the child tax credits illegals can receive through an IRS loophole.

Congress returns from their August recess on September 5.