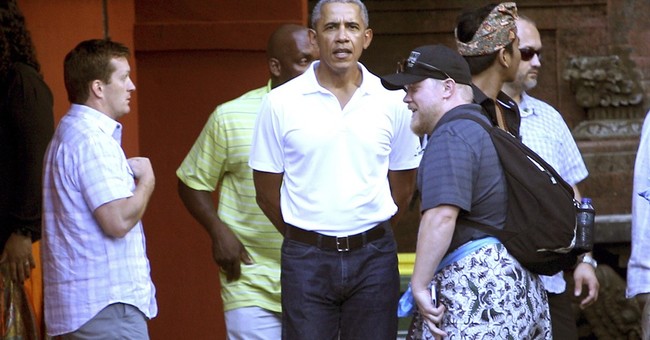 Well, we all know the Iran nuclear deal is a mess. Guy has written extensively on it. It was a rather embarrassing few months, with the U.S. somehow thinking that working with a state-sponsor of terror could be beneficial to us. While negotiations were occurring between the U.S., the Iranians, and the rest of the parties involved (the four other members of the UN National Security Council), Iran was transporting militants to fight in Syria through commercial aircraft. We found out about it, but the Obama White House allegedly buried it to push through the agreement. Now, former U.S. ambassador to the U.N. John Bolton, a staunch critic of the deal, wrote in National Review on how to withdraw from Obama's nuclear agreement, which requires recertification every 90 days. Bolton lays out the first vestiges of an extensive public relations and political strategy that aims to get us out of the deal. Given recent events, it does seems to be above what this White House is capable of handling, especially when it comes to leaks. Still, that can't hold up discussions on how to remove us from this deal.

In essence, Bolton argues that the Trump White House has to have a clear and concise reason for not recertifying, give solid evidence, explain why this is not a reckless foreign policy move, and he suggests that the administration draft a white paper as a rehash of the horrible provisions that were included in the original agreement that were to the detriment of the United States:

Under the Iran Nuclear Agreement Review Act of 2015, the President must certify every 90 days that: (i)  Iran is transparently, verifiably, and fully implementing the agreement, including all related technical or additional agreements;

(iii)Iran has not taken any action, including covert activities, that could significantly advance its nuclear weapons program; and (iv)  Suspension of sanctions related to Iran pursuant to the agreement is –

(I) appropriate and proportionate to the specific and verifiable measures taken by Iran with respect to terminating its illicit nuclear program; and

(II) vital to the national-security interests of the United States.

There are four basic elements to the development and implementation of the campaign plan to decertify and abrogate the Iran nuclear deal:

1. Early, quiet consultations with key players such as the U.K., France, Germany, Israel, and Saudi Arabia, to tell them we are going to abrogate the deal based on outright violations and other unacceptable Iranian behavior, and seek their input.

2.Prepare the documented strategic case for withdrawal through a detailed white paper (including declassified intelligence as appropriate) explaining why the deal is harmful to U.S. national interests, how Iran has violated it, and why Iran’s behavior more broadly has only worsened since the deal was agreed.

3. A greatly expanded diplomatic campaign should immediately follow the announcement, especially in Europe and the Middle East, and we should ensure continued emphasis on the Iran threat as a top diplomatic and strategic priority.

This effort should be the Administration’s highest diplomatic priority, commanding all necessary time, attention, and resources. We can no longer wait to eliminate the threat posed by Iran. The Administration’s justification of its decision will demonstrate to the world that we understand the threat to our civilization; we must act and encourage others to meet their responsibilities as well.

He goes into further detail in his piece for NR, but also lists other measures that will spur debate, apply pressure on the Islamic regime, and grease the wheels for negotiations. These include ending all visas for Iranians, including ones pertaining to sports and scholarly work, barring all Iranian ships and planes from using key allied ports, announcing support for the Iranian democratic opposition, hasten the delivery of bunker-buster bombs, announce our support for Kurdish “national aspirations,” which could further complicate matters with Turkey, and demand payment on the monetary penalties Iran has incurred for sponsoring terrorism.

Granted, this is a very brief overview, with the ambassador noting that this could very well be a 100 plus-page playbook on how to remove us from this agreement.