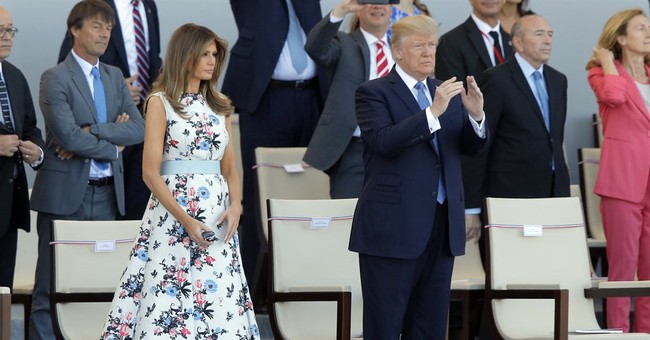 Is MSNBC’s Joy Reid just totally shameless? Besides the Left frothing with rage that Donald Trump beat Hillary Clinton last year, it seems their anger knows no bounds. First Lady Melania Trump has received horrific treatment from the media, which has rivaled or even surpassed some of the horrible things thrown at Michelle Obama’s way during Obama’s presidency. Folks, I’m not a Michelle fan at all, but we have to admit there were some terrible things flung in her direction that was unnecessary. Sort of like what Reid tweeted about Trump marrying ex-soviets, or something. She tweeted this on Friday, “Donald Trump married one American (his second wife) and two women from what used to be Soviet Yugoslavia: Ivana-Slovakia, Melania-Slovenia.” So, xenophobia is fine, as long as Democrats do it, huh? Liberal journalist Ben Norton criticized Reid for being; well, historically illiterate with that social media trip up. As you all know, during the Cold War era, Yugoslavia was under the rule of Josip Broz Tito. The country was not a Soviet satellite state. Also, Slovakia was not part of Yugoslavia, nor was Ivana born in that country. She was born in what is now the Czech Republic. I guess we can chalk this up as another instance of Trump Derangement Syndrome.

Donald Trump married one American (his second wife) and two women from what used to be Soviet Yugoslavia: Ivana-Slovakia, Melania-Slovenia.

The blatant xenophobia aside, Czechoslovakia was not part of Yugoslavia, and neither were in the USSR@JoyAnnReid https://t.co/HGFs6egEY1

Czechoslovakia was in the Warsaw Pact (not in the USSR). Yugoslavia was not, & famously had on-off relations with the Soviets.
Basic history

Overlooking Joy Reid's ignorance about the USSR, how did she confuse Slovakia with Yugoslavia? Czechoslovakia has "Slovakia" in its name...

Reid also said that the GOP is becoming more pro-Putin because the alt-Right, which is not part of mainstream conservatism nor are they the majority wing of the GOP, likes the fact that Putin pushes “white Christianity.” This is just insane, as is this unfortunate tweet. Yet, this is par for the courser Joy. Remember when House Majority Whip Steve Scalise (R-LA) was shot by a radical leftist in June while practicing for the congressional baseball game, Reid decided to attack his voting record and pretty much smear him as a racist.

My God have you ever read a history book? pic.twitter.com/kiLDbhVPx7