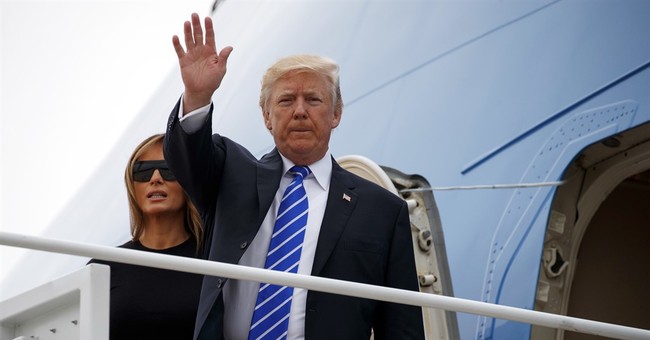 UPDATE: Oh my God, did CNN nab the wrong guy? Also, Vox had more on this:

A plain reading of CNN’s article, however, contradicts what the network and Kaczynski are saying. If CNN really intended to withhold HanAssholeSolo’s information regardless of what he did, then why didn’t the news organization say it was withholding his private information simply because he’s a private citizen? Why did it go on to add all the conditions about his behavior? And why did it say it could release the private information with an explicit condition tied to his behavior?

Personally, if I reported this story, it would have been pretty straightforward: “CNN is not publishing ‘HanAssholeSolo’s’ name because he is a private citizen.” Period. The rest of the information in that paragraph is unnecessary, because a media organization simply shouldn’t release a private citizen’s personal information. He shouldn’t have his private information threatened just because the president picked up one of his Reddit shitposts, which he made with the expectation that he would be kept anonymous. (Though it is a truly bizarre turn of events that it’s even possible to write this sentence.)

So, CNN was apparently not happy that there was a photoshopped video of an old WWE broadcast, where Donald Trump is shown beating Vince McMahon, whose face has been replaced by the network’s logo. Trump has been a guest on the wrestling program in years past. It’s not really meant to be taken seriously, but the president tweeted it before the Fourth of July holiday and everyone thought freedom of the press levels in the U.S. dropped to that of Iran. They decried it as a glorified message of violence against the press.

The news network tracked down the creator of the video, who apologized for this and other posts he said were racist and anti-Semitic.  They confirmed this person’s identity. It’s obviously someone who shouldn’t be defended, but CNN decided to issue a veiled doxing threat, saying that they’re not going to publish the creator’s identity, but if he changes his behavior—he’s toast. There was a loud outcry and CNN issued this statement:

CNN decided not to publish the name of the Reddit user out of concern for his safety. Any assertion that the network blackmailed or coerced him is false. The user, who is an adult male, not a 15-year-old boy, apologized and deleted his account before ever speaking with our reporter. CNN never made any deal of any kind with the user. In fact, CNN included its decision to withhold the user’s identity in an effort to be completely transparent that there was no deal.

Yeah, that doesn’t really square up with what CNN reported in their story. You’re telling me that this isn’t coercion of some sort? Heat Street’s Stephen Miller wasn’t having any of it. Also, last time I checked, the infamous we’re going to dox you if you change your behavior sentence is still in the CNN article [emphasis mine]:

Probably should take a second crack at that statement @CNNPR pic.twitter.com/WaKTThChbQ

This statement doesn't square with this graph. pic.twitter.com/C5Oje1l6em

After posting his apology, "HanA**holeSolo" called CNN's KFile and confirmed his identity. In the interview, "HanA**holeSolo" sounded nervous about his identity being revealed and asked to not be named out of fear for his personal safety and for the public embarrassment it would bring to him and his family.

CNN is not publishing "HanA**holeSolo's" name because he is a private citizen who has issued an extensive statement of apology, showed his remorse by saying he has taken down all his offending posts, and because he said he is not going to repeat this ugly behavior on social media again. In addition, he said his statement could serve as an example to others not to do the same.

CNN reserves the right to publish his identity should any of that change.