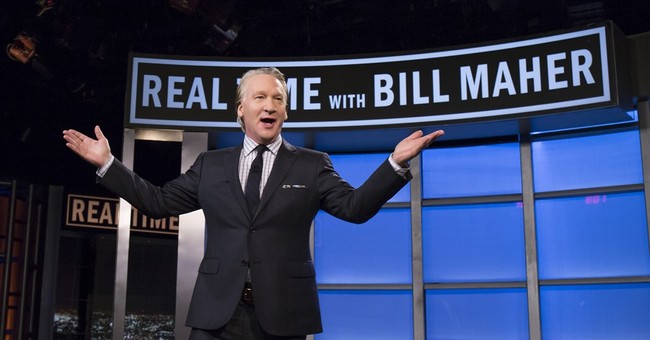 Breitbart’s editor-in-chief Alex Marlow had an extended interview with Bill Maher on his show Real Time, where the comedian pressed him on why the site doesn’t cover the Russian collusion story that has become the Left’s addictive drug when it comes to their anti-Trump tantrums. Marlowe plainly said that the site covers the stories the mainstream media refuses to cover. There is no evidence of collusion and because of that—he’s more focused on the president’s agenda.

Maher also complimented the site, saying that his side needs to be drinking what they’re having over at the Breitbart offices since they have the courage to fight for their values—and they’re better at it. The comedian added that Marlow, the editor of a site that is loathed by the Left, is on his show to defend his views.

“I can’t get Democrats to come here,” Maher added.

There was one area where the two men found agreement: free speech. Marlow is a graduate of UC Berkeley. Maher quickly reiterated his invitation, dis-invitation, and re-invitation saga at the school when he was selected to be a graduation keynote speaker. They discussed how free speech is under attack in our college campuses and by corporations; Maher said Trump was targeting the First Amendment, but that was never really touched upon in the discussion.

Concerning corporate control, Marlow and Maher agreed that liberals would be apoplectic if an actor looking like Obama portrayed Julius Caesar only [spoiler alert] to be assassinated. Right now, there’s controversy over the New York-based Shakespeare in the Park rendition of the famous play, where Caesar is clearly made out to be a carbon copy of Donald Trump. Delta Air Lines has pulled their funding of the project.

Marlow said that there are activists attacking Breitbart, trying to encourage a corporate boycott through false information. He added that the Right is starting to fight “fire with fire,” going after those who they feel take it too far in their anti-Trump expression. It’s a dangerous road. The end result is corporations deciding what’s free and fair speech, who can make a living, and what opinions are acceptable to disseminate in order to make said living. Marlow called on free speech activists on the Left and Right to unite and prevent corporations from defining First Amendment rights.

Maher agreed, adding that the same goes for religion—and that criticizing such institutions doesn’t make you a bigot. The discussion then ventured into the Muslim ban. You can watch the full interview here: