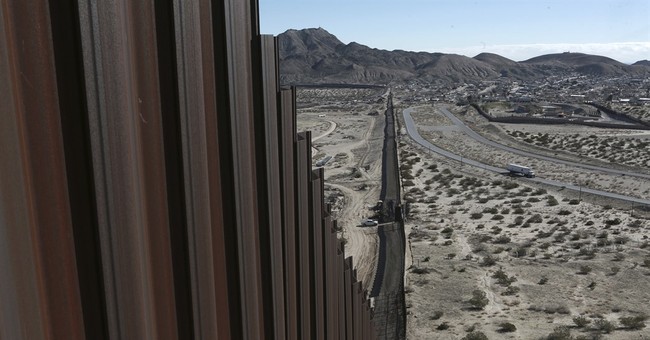 For six years under the Obama presidency, illegal aliens cuts almost 10,000 holes in the border fence, according to a report by the Government Accountability Office. CNS News’ Terry Jeffrey wrote about how these gaps are located in the “pedestrian” portion of the fence, which only covers 354 square miles:

During a six-year stretch of the Obama presidency, people illegally crossing the U.S.-Mexico border cut 9,287 holes in the “pedestrian” fencing that currently covers only 354 miles of the 1,954-mile border, according to a report published by the Government Accountability Office.

Only 654 miles of the 1,954-mile-long U.S.-Mexico border currently have any type of fencing, according to GAO. The other 1,300 miles of border have no fencing.

Of the 654 miles of fencing, 354 miles consists of what the Department of Homeland Security calls “pedestrian” fencing. The other 300 miles is “vehicle” fencing.

“Border fencing types,” explains GAO, “include pedestrian fencing, which is primarily intended to slow down and deter pedestrians from crossing the border, and vehicle fencing, which is intended to resist vehicles engaged in drug trafficking and alien smuggling operations and is typically used in rural or isolated locations that have a low occurrence of illegal pedestrian traffic.”

The GAO report noted that it is common for “illegal entrants” to cut holes in the existing border fences so they can enter the United States.

“Agents we spoke with in the El Paso and Tucson sectors explained that one of the most common methods employed by illegal entrants involves cutting openings, or breaches, in pedestrian and vehicle fencing,” says GAO. “Once breached, illegal entrants can cross through the fence or smuggle people and contraband into the United States.

President Donald J. Trump’s executive order on immigration calls for more border patrol and immigration enforcement agents to help secure our border and intends to build a physical wall, something that congressional Democrats will staunchly oppose.