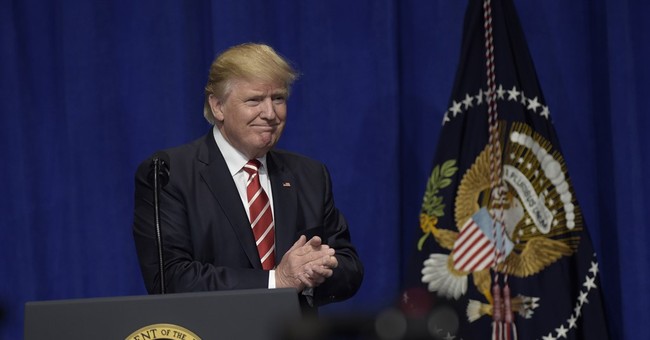 There is a unified Democratic front against some of the last of President Donald J. Trump’s cabinet posts, starting with education secretary nominee Betsy DeVos. She is one of the most controversial of Trump’s cabinet nominees, along with Rep. Tom Price (R-GA) for Health and Human Services secretary and Steve Mnuchin for Treasury secretary. DeVos may only be saved thanks to Vice President Mike Pence, who will cast the deciding vote, a first in history. As Cortney wrote, Sens. Lisa Murkowski (R-AK) and Susan Collins (R-ME) said that they would vote against DeVos, though they insist that their declaration was made when they knew the rest of their party was locked behind the education nominee.

Murkowski and Collins’ defections threw the GOP into a slight panic mode. After being held up by Senate Democrats, Sen. Jeff Sessions (R-AL) nominating for attorney general was scheduled to come to a vote last week, but was postponed in order to have Sessions’ vote for DeVos, maintain the 50-50 split in order for Pence to seal the deal.

Cortney added that Democrats plan to exhaust the remaining hours of their debate throughout the night, with a final vote to be held tomorrow. Ed O’Keefe at The Washington Post wrote that it’s a sign of the strength of the progressive grassroots who have urged Democrats to block Trump on everything at all costs (via WaPo):

Virtually all Democratic senators are expected to vote against President Trump’s picks to lead the departments of Education, Justice, Health and Human Services, Labor and Treasury and his top budget nominee — a historic rebuke of a first-term president’s top Cabinet nominees.

The Senate is scheduled to continue confirming Trump’s Cabinet nominees this week, with a vote scheduled for Tuesday to approve Betsy DeVos, nominated to run the Education Department. Senators are poised to confirm Sen. Jeff Sessions (R-Ala.) to serve as the next attorney general by the end of the week.

But those votes are expected to happen with little, if any Democratic support. Only Sen. Joe Manchin III (D-W.Va.) has announced plans to support Sessions. As of Monday, no Democrat has announced support for DeVos, Rep. Tom Price (R-Ga.), nominated to lead the health and human sevrices department, or Steven T. Mnuchin, nominated as treasury secretary. They all are scheduled for up-or-down votes in the coming days.

Near-unanimous opposition to a first-term president’s Cabinet picks is rare and hasn’t happened in recent history. But it comes amid a growing furor among progressive groups calling on Democratic lawmakers to oppose all of Trump’s nominees and policies. A CNN poll released on Sunday showed that just 59 percent of Democrats approve of their party’s leaders, a sign that diehard partisans want lawmakers to serve as a more aggressive check on Trump.

Well, these left wing groups are in for a rude awakening when Trump’s Supreme Court nominee, Judge Neil Gorsuch, has his hearings to fill the vacancy left by the late Antonin Scalia. The Democratic opposition is divided, with some willing to declare all-out war against him while others seem keen that this isn’t the hill to die on; they’re keeping the powder dry for the second possible vacancy.

Concerning Democrats who may be supporting Gorsuch's confirmation, Sen. Jon Tester (D-MT), a red state Democrat up for re-election in 2018, said he’s open to supporting the appellate judge.

JON TESTER: "I have not made a decision on that yet but I am open" to supporting Gorsuch to SCOTUS