As The Transition Begins, Trump Tells Supporters They’re No Longer A Forgotten Class 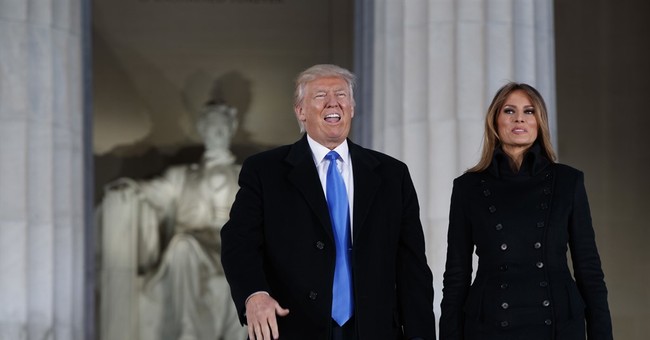 Earlier this afternoon, President-elect Donald J. Trump kicked off the transition of power with a wreath laying ceremony at the Tomb of the Unknown Soldier at Arlington National Ceremony.

The president-elect and members of the First Family then headed to the Lincoln Memorial for the pre-inauguration concert event, which featured Toby Keith and Three Doors Down. Before the fireworks were launched, Trump addressed the attendees, telling his supporters they will no longer be seen as forgotten. He also said that he would work to unify the country and make America great again for everybody. He promised to turn things, bring our jobs back, build up our military, and strengthen our borders.

Justin was at the concert. You can read his account here.

Fireworks over the Lincoln Memorial in Washington, D.C., on the eve of Donald Trump's inauguration as President of the United States. pic.twitter.com/XZ59yLSgLn