The U.S. Spends How Much On Tobacco Control? 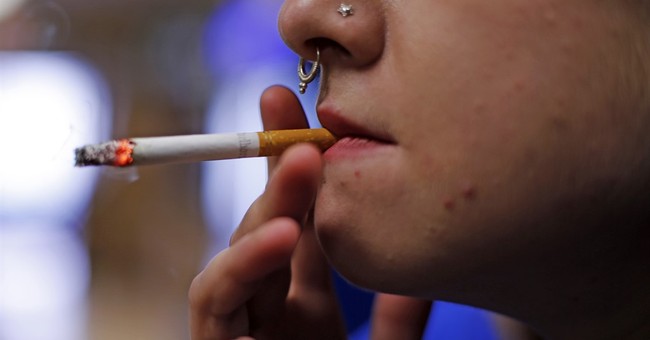 Is it time to rethink our contribution to the World Health Organization? The United States contributes around $400 million annually to the international body dedicated to improving global health standards, especially the Framework Convention on Tobacco Control. Now that the election is over, some fiscal hawks might be hoping that the incoming Trump administration could dig a little into these figures. He’s already made rather aggressive gestures towards the NATO question concerning payment of dues, which sent media outlets into a frenzy fact checking Trump’s claims. There’s already a possible battle between the incoming Trump White House and NATO over Deputy Secretary General Rose Gottemoeller; Trump reportedly wants her gone, Brussels might not want to play ball.

Yet, concerning the WHO and the FCTC, like NATO, it’s also a question of disproportionate financial burdens. Here are some of the key parts—and background—on WHO and the FCTC that were in a report published by Taxpayers Protection Alliance in October.

The background on the FCTC and WHO:

The FCTC is a sub-agency of the WHO, the UN’s public health arm. WHO officials created the FCTC to “protect present and future generations from the devastating health, social, environmental and economic consequences of tobacco consumption and exposure to tobacco smoke.” The WHO hoped that by providing countries with rules and benchmarks for tobacco control measures, there would be a greater commitment at the national, regional and international levels to reduce “the prevalence of tobacco use and exposure to tobacco smoke.”

Every two years participating countries – which include every major nation except the United States, Switzerland and Indonesia – gather for the FCTC’s Conference of the Parties (COP).

In November, the member states in the FCTC had their meeting in New Delhi, India. No press were allowed into the event (via Washington Examiner):

Calling all media with an interest in healthcare policy, international relations and government accountability: The taxpayer-funded World Health Organization is holding a meeting in New Delhi next week that could have significant public policy ramifications. But you're not invited.

Neither are members of the public who foot the bill for WHO's activities and other critical stakeholders who provide critical insight into pressing questions on the intersection of healthcare and law enforcement. So, what gives? Why such secrecy?

It all comes back to the Framework Convention on Tobacco Control, a WHO treaty created under its United Nations authorization. By pushing for excessive levels of taxation and burdensome regulations, the FCTC's efforts could very well give rise to organized criminal activity just as prohibition against alcohol did in the United States.

Now, over at The Atlantic, they published something from Thomas Bollyky at the Council on Foreign Affairs on FCTC, who noted that:

A decade later, it is clear that the FCTC, on its own, was insufficient to generate improved tobacco control in low- and middle-income countries, but has been a contributing factor in the recent progress that has occurred. Most of the philanthropic donors and intergovernmental, governmental, and non-governmental actors engaged in the global anti-tobacco movement predate the FCTC.

The FCTC has not fared as well as a model for international lawmaking on other health challenges. The agreement has spurred little intergovernmental cooperation. Although FCTC parties adopted a protocol on the illicit tobacco trade in 2012, only six countries have ratified it. Domestically, tobacco monopolies remain entrenched in many countries as obstacles to tobacco control measures, and 92 percent of the world’s population still lives in countries where tobacco taxes are below what the WHO recommends.

Donor support for international tobacco control remains low, especially relative to other global-health causes. Although tobacco use remains the second leading cause of death worldwide, only $68 million of the $31.4 billion in development assistance for global health in 2011 went to tobacco control. A decade later, none of the global-health treaty proposals that the FCTC inspired have gained traction.

Many lessons from the FCTC’s first decade are positive, but ultimately they are not about the power of treaty law. The sources of progress on the FCTC are about the same tactics that have long been effective in public health: identifying the strategies that work, reducing them to implementable and measureable programs, supporting and coordinating local implementation efforts, and monitoring and maintaining accountability for the results. Under the right circumstances, international law can contribute to the success of these strategies, but cannot substitute for them.

This may be an area of interest for health care policy wonks, but we also have to face reality. One, no politician is going to dance around with the possibility of being labeled pro-smoking, pro-tobacco, and therefore pro-death. I think if there’s one poll that you know is accurate, it’s the one that says parents don’t want their kids to smoke. Second, most of the Trump White House’s political energy will be devoted to ax reform, job creation, and boosting domestic energy production. Moreover, the president-elect does have a creed that he has taken to heart ever since his brother Fred died, which has passed on to is children: No drinking, no drugs, and no smoking. If anything, Trump could boost funding to this effort to further control tobacco. Even the late conservative stalwart William F. Buckley wrote seemingly in favor of banning tobacco in his later years. While NATO may have to deal with some heat from a Trump White House, the WHO's FCTC initiative looks very safe.