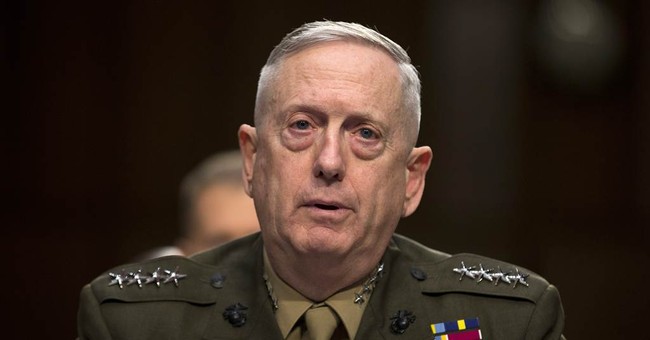 UPDATE: Romney under “active consideration” for secretary of state position, according to The Wall Street Journal. President-elect Donald J. Trump also met with Michelle Rhee, former chancellor of DC’s public schools, who would invite a fight with teachers unions should she be selected as education secretary (via ABC News):

After the meeting with Mattis, who is viewed as a possible contender to be nominated for defense secretary, Trump said, "He is the real deal, a brilliant wonderful man, what a career. We'll see what happens. He is the real deal."

Rhee is a possible contender for nomination as education secretary. The transition team's readout said she and Trump "enjoyed an in-depth discussion about the future of public education in our country. This included the possibility for increasing competition through charter and choice schools. They also brought the idea of merit pay for teachers going above and beyond in their classrooms into the conversation."

Also, Mattis is looking more and more likely as Trump’s pick to be secretary of defense, but let’s see what happens.

Former Massachusetts Governor Mitt Romney might be chosen to be our top diplomat. President-elect Donald J. Trump invited the former 2012 Republican nominee for a meeting, where it’s speculated that he’s on the short list to become our next secretary of state. Romney did not have nice things to say about Trump during the 2016 election, but the president-elect did say that he will hire the best and the smartest people should he be elected and Romney is one of them, despite causing some friction regarding honoring party unity (via CNN):

One of the things that drives Gov. Romney is a sense of duty and I think that sense of duty is what's driving him to help President-elect Trump in any way he can as he puts together a government," Kevin Madden said on CNN's "New Day" on Friday. "I think he recognizes that there is that type of outreach going on with President-elect's transition team."

For the President-elect, Romney would bring an immediate burst of knowledge, global credibility, sound temperament and competence to his nascent administration.

His selection would also be seen as a genuine gesture to bind the wounds in the Republican Party and the foreign policy establishment left over from a bitter primary campaign.

It could also open the floodgates for the kind of credible, experienced GOP foreign policy insiders who Trump needs to staff crucial, lower-ranking national security jobs, to join the administration.

And since Trump's core voters are more concerned with draining the swamp of well known Washington insiders than foreign policy, the State Department may be one place he could put an establishment figure and not sustain much political damage.

Mitt Romney comments on his meeting with Donald Trump: We had a "far-reaching" conversation https://t.co/6OZtrfIwim https://t.co/mZeJwj7RIB

In brief remarks to the press yesterday, Romney said that his meeting with the president-elect was “far-reaching.” While former Sen. Scott Brown (R-MA) is reporetedly being considered for VA Secretary, Guy wrote about how Romney should probably take that position due to his reputation of being a turnaround artist—and Veterans Affairs definitely needs a facelift.

Regarding who will lead the Pentagon, soon-to-be-ex Sen. Kelly Ayotte (R-NH) is being considered, but Trump might call in the marines. Retired Marine Corps Gen. James Mattis, who was floated as possibly running for president, is said to be in the running to become our next defense secretary (via WSJ):

Retired Marine Gen. James Mattis, a former war commander who has long voiced concerns about the security threat posed by Iran, is among those being considered. Gen. Mattis is expected to visit with Mr. Trump in New Jersey, transition officials said Friday.

Also under consideration is retired Army Gen. David Petraeus, a former commander of troops in Iraq and Afghanistan. Army Gen. Jack Keane, who has been advising the campaign, also has been in discussions and met with the president-elect on Thursday, transition officials said.

The Daily Caller also reported that a source close to Trump said that Gen. Mattis, Romney and Brown are expected to be offered cabinet jobs, though there’s still much speculation. While Gen. Petraeus is undoubtedly qualified to handle any national security position, his affair with Paula Broadwell, which landed him in legal hot water over improper disclosure of classified information. Given how the GOP and Trump slammed Clinton (and rightfully so) over her unauthorized and unsecure email server from which she conducted all official business while at the State Department, the move could be controversial. And it would be best for Trump to stay away from people who have been accused of or actually been convicted (like Petraeus) of mishandling classified information.