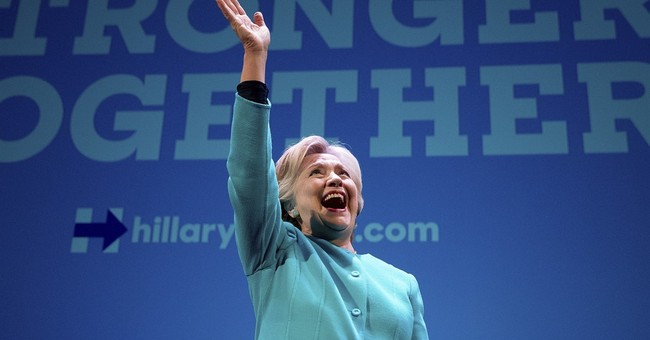 Last December, Hillary Clinton told the New Hampshire’s Concord Monitor that her economic agenda would cost us $1 trillion over the next ten years. Katie added that $1 trillion in tax increases would probably be needed as well. Well, that $1 trillion tax increase figure has mostly stayed the same, but we’re also set to lose close to 700,000 jobs and reducing economic growth by 2.6 percent. Ali Meyer at The Washington Free Beacon had more:

Hillary Clinton’s tax proposals would increase taxes by $1.4 trillion over the next decade and would reduce the growth of the economy by 2.6 percent, according to an analysis from the Tax Foundation.

According to the analysis, the Democratic nominee’s proposals would reduce the economy’s size by 2.6 percent, lower wages by 2.1 percent, and reduce the number of full-time jobs by 697,000.

Yes, stronger together…all the way to the poorhouse.