The Young People Are Still Not Sold On Old, Sick Hillary 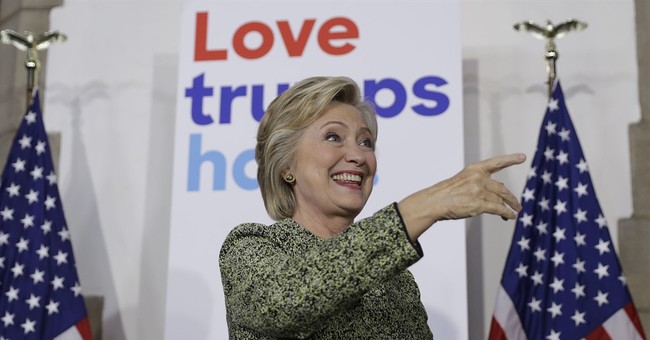 President Obama is shaming black voters and Rep. Nancy Pelosi in blaming third party candidates; this could be signs that Democrats know they’re having turnout trouble with Hillary Clinton. The Washington Post noted the Clinton machine’s turnout woes, with a notable lack of enthusiasm among her loyal followers. Maybe that’s why Democrats are imploring disaffected Democrats who can’t stand Clinton not to go third party, and blaming those candidates as a result. To add a cherry on the top of this vote shame sundae, Obama told black voters that he would consider it a personal insult to all that he’s done for us if they don’t participate this cycle. That’s another ugly side of the entitlement mentality Democrats are so consumed by: when things don’t go their way, they lash out like babies.

One area that continually plagues Clinton is her strength with young voters, a core group of the Obama coalition, which isn’t really with her…at all. They don’t like her or really trust her, with some of Clinton’s confidants, like Center for American Progress’ Neera Tanden, blaming Sen. Bernie Sanders (I-VT) for being one of the main drivers in sinking Clinton’s character with voters. No doubt that Sanders helped, but Clinton was already a polarizing figure and the more she was in the spotlight, coupled with the email fiasco and the ethical questions about the Clinton Foundation—the more likely her character would be viewed in a negative light. It’s safe to say that her awful numbers were inevitable this cycle. Yet, are these young voters pro-Trump? Hell no—but they are drifting to third party candidates in droves that should make the Clinton camp nervous (via FiveThirtyEight):

Unlike many other pollsters, SurveyMonkey interviews thousands and thousands of people each week, so they’re able to get a good sample of young voters. From Aug. 22 to 28, SurveyMonkey interviewed about 1,200 registered voters ages 18 to 24. Among them, Clinton led Donald Trump 41 percent to 27 percent, with 17 percent for Libertarian Gary Johnson and 10 percent for the Green Party’s Jill Stein.

What makes Clinton’s standing with those under 25 especially interesting is that older millennials are more likely to back her. Among voters ages 25 to 35, Clinton is leading 46 percent to 24 percent over Trump, with Johnson at 18 percent and Stein at 7 percent.

If the race continues to tighten, some voters younger than 25 might go back to their Democratic roots. Right now, they might feel like they can cast a protest vote for a third-party candidate without contributing to a Trump victory. That would be good news for Clinton. The bad news for Clinton is that we’re less than two months from Election Day, and there’s no sign that the third-party candidates’ share of the vote is fading. If Clinton is trying to reassemble Obama’s winning coalition, the youngest voters are proving to be her weakest spot.

In some polls, Clinton’s support in a four-way race is barely 40 percent (via The Hill):

Hillary Clinton is struggling to win the support of younger voters, many of whom backed Sen. Bernie Sanders (I-Vt.) in the Democratic primary, a new poll finds.

A newly released NextGenClimate online poll conducted in major battleground states shows that in a four-way race Clinton has 38 percent support among voters 18–34.

That's only a 2-point bump for Clinton from the same poll conducted in June, BuzzFeed News

Since then, the polls have tightened nationwide, the fight for the U.S. Senate is now officially favoring GOP retention, and key swing states are moving towards Trump. There’s still a lot of time for Trump to either expand or blow his rate of progress, but he’s so far been disciplined on the campaign trail. He needs to keep the focus because it’s paying off…big league. With a sagging campaign and an unfortunate medical episode at the 9/11 Memorial that saw Clinton almost fall off a curb due to lack a strength from an undisclosed pneumonia diagnosis at the time, there’s more riding on these debates for her. Besides Clinton defending against attacks for her emails and her nonprofit, she needs to also show people that she’s not half dead. These series of debates could either bring those Democrats back into the camp, or force more to flee for Stein, Johnson, and maybe a few might go to Trump.