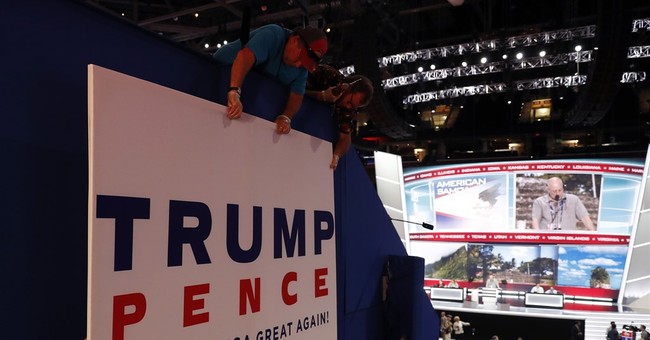 The president of the Cleveland Police Union has called on Ohio Gov. John Kasich to suspend open carry for the duration of the Republican National Convention. Ohio is an open carry state and one person showed up near the venue yesterday carrying a long rifle, which sent some in the media into a frenzy of anti-gun hysterics. Open carry is not uncommon in the country, as 44 states have laws that honor this aspect of Second Amendment rights (via The Hill):

He is calling on Ohio Gov. John Kasich to declare an emergency in light of the deadly police shootings both in Dallas and Baton Rouge, La.

Somebody's got to do something," Loomis said Sunday. "What we have now is completely irresponsible."

Ohio state law allows the open carry of firearms and guns will be allowed inside the event zone surrounding the convention — though they will be barred by the Secret Service in the more immediate perimeter.

Reminder: 44 states allow open carry. Ohio is well within the mainstream on that, not an outlier like many reporters will imply this week

Law enforcement is a noble, essential calling and we all grieve that we've again seen attacks on officers. Ohio governors do not have the power to arbitrarily suspend federal and state constitutional rights or state laws as suggested,” Kasich spokeswoman Emmalee Kalmbach said. “The bonds between our communities and police must be reset and rebuilt -- as we're doing in Ohio -- so our communities and officers can both be safe. Everyone has an important role to play in that renewal."

Cleveland Police Chief Calvin Williams told CBS’ Face The Nation that open carry would be permitted outside of the immediate security perimeter.

“Of course, we’ve ramped that up a little as far as our technique and our tactics to handle them. But in this state, everyone has the right to open carry. And we want to make sure people do that safely," he said.