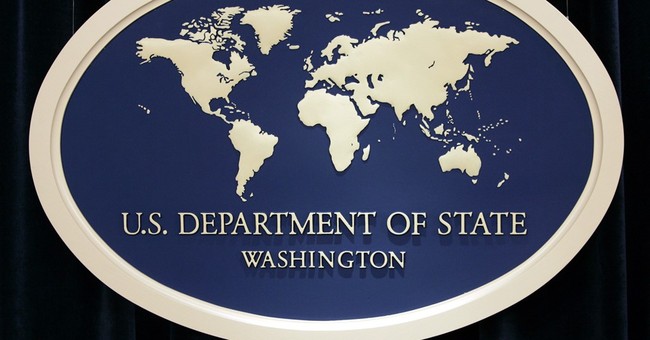 State Department Spokesman John Kirby was not happy about FBI Director James Comey’s assessment of the culture at federal agency regarding handling classified information. Comey said that there were egregious lapses in security protocols regarding how Clinton and her team disseminated such information.

“While not the focus of our investigation, we also developed evidence that the security culture of the State Department in general, and with respect to use of unclassified e-mail systems in particular, was generally lacking in the kind of care for classified information found elsewhere in the government,” said Comey.

Yet, he added that they were not recommending that charges be brought forward against her. Nevertheless, it was this passage that Kirby took umbrage with, noting that the use of Clinton’s servers were taken “very seriously,” and that they didn’t have “lax security” at State concerning safe guarding sensitive information.

Of course, Kirby was under siege by the press, who relentlessly pressed him on the various aspects of Comey’s briefing that pointed to various emails that contained classified information at the time that these communications were sent or received.

Repeatedly, Kirby deflected for further information on this announcement this morning, directing those inquiries to the FBI, while adding that the State Department doesn’t share their “broad assessment.” Yet, he did clarify that the State Department isn’t perfect, and that their own Inspector General report noted some lapses in protocol regarding classified information; they’re just not happy (again) with how Comey pretty much said that they didn’t know what they were doing.

Kirby noted that he could say he can disagree with the FBI’s assessment due to the training one undertakes to be employed at State, the periodic reviews of the training in handling sensitive information, and the fact that he had to go through it several times himself.

Yet, when asked again about the remarks, Kirby evaded.

Biden Has Lost the Middle...But a Lingering Question Remains
Townhall
COVID-19 death toll surpasses 1918 flu pandemic; Jonah Goldberg says to prepare for a lot of 'when you adjust for population' tweets
Twitchy
Confirmed: Yes, Man Arrested at J6 Rally Was a Fed, Now We Know for Whom He Works
Redstate
The Laughable Excuse for Why Biden's Activities Will Be Limited at the UN General Assembly
PJ Media