Media Screwing Up Reports On The AR-15 Post-Orlando Attack Isn’t New, Nor Was It The Most Embarrassing 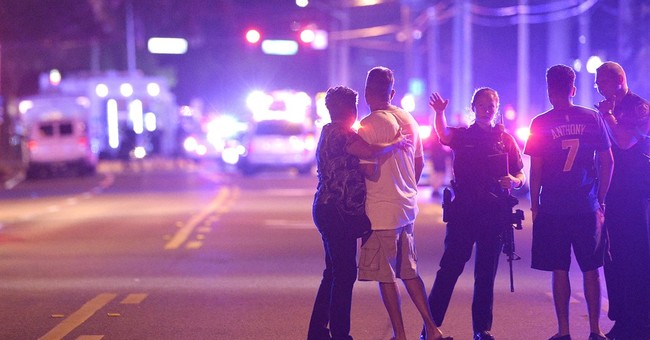 The Orlando attack was horrifying. A sick individual who pledged allegiance to ISIS over the phone and on social media senselessly gunned down 49 people inside Pulse nightclub in what has become the worst mass shooting in U.S. history. He used a Sig Sauer MCX semiautomatic rifle, which is an AR-15-style rifle that has similar features, but uses a different operating system. It was not an AR-15 rifle as originally reported. Nevertheless, it didn’t stop members of the media from bashing the AR-15 because that’s the firearm liberals want to ban. More importantly, it’s the firearm that President Obama wants to ban, despite long guns being used rarely in gun crimes.

Yes, publications offered corrections—but the demonization campaign continued. You had AJ+, a branch of Al-Jazeera Media Network, fire one, saying it’s the weapon of choice for massacre. Then, there was the NY Daily News columnist who frankly had no clue what he was talking about, saying that when he fired the rifle, he suffered a bruise from the recoil and had a temporary case of PTSD. He also compared shooting an AR-15 to a bazooka, which is totally ridiculous. It’s not the most powerful firearm on the market, any hunter would know that.

The AR-15 was used in the Orlando, Newtown and San Bernardino mass shootings. The NRA calls it “America’s rifle.” https://t.co/PaDsjMkfX4

Yet, let’s revisit probably one of the most egregious examples of media reporting concerning firearms and mass shootings, which occurred when Aaron Alexis killed 12 people on September 16, 2013. Everyone said it was an AR-15 rifle, including Piers Morgan who continued to repeat the false claim despite corrected reports that no such rifle was used. Most embarrassingly, CNN also refereed to Alexis buying an “AR-15 shotgun,” which doesn’t exist. Lastly, the FBI said they had no information concerning Alexis buying an AR-15 rifle. At the time, Katie wrote that Alexis bought a Remington 870 shotgun in Virginia, legally, and then illegally brought it into Washington D.C. to commit this crime.

Erik Wemple of The Washington Post noted that Morgan should issue a retraction, as he made it a cornerstone of his then-CNN program on the day of the shooting.

…if CNN is right that previous reporting on the weapon was mistaken, then CNN’s Piers Morgan may have to issue some corrections this evening. This weapon, after all, was a central talking point in Morgan’s Monday night program. At one point, in a debate with gun-rights advocated, Morgan pinned his whole spiel on the AR-15.

Perhaps Morgan should have waited a day or so to hop into the gun-control debate.

The AR-15 lie was further exacerbated when MSNBC’s Chris Jansing showing Alexis using a M16A1 with a M203 grenade launcher attachment during a virtual representation of the shooting. Over at Hot Air, Ed wrote that Instapundit called this an epic fail for agenda journalism.

It doesn’t have to be this way. Slate’s Rachel Larimore noted that much of the information on firearms, calibers, operating systems, the so-called assault weapons ban, the futility of that ban, the National Firearms Act that heavily regulates automatic weapons via the ATF, the differences between automatic and semiautomatic, and how “AR” in AR-15 doesn’t stand for "assault rifle" can all be found on Google.

That gun writers crow when the media makes mistakes like this indicates how little regard there is for the media from the pro-gun community. There are several ways the media can remedy this situation. For starters, treat guns like any other beat (as the Guardian has done with Lois Beckett). Media outlets tend not to send sports writers to cover the Supreme Court or style writers to cover a murder. Ignorance undermines authority. If you want to report on guns, you need to understand the differences between various weapons and how they are used. Spend time at a shooting range and learn how to fire a gun. Be able to interview an NRA member without scorn or derision.

News outlets make a lot of noise about diversity. They should apply a more holistic definition. Yes, the industry should strive for inclusiveness in gender and race and ethnicity. But it also needs more geographical, socioeconomic, and ideological diversity. Employ writers who, if not gun enthusiasts themselves, grew up in a place where hunting was a normal part of life.

Provide a broader range of gun coverage. As long as the media sensationalizes mass shootings, statistics will not be on their side, and gun-rights supporters know this. Such events are so horrific that it makes it easy to appeal to people’s emotions. But statistically, they are very rare. Exploiting these tragedies, calling semi-automatic rifles “weapons of war” and the “weapon of choice” for mass shooters is a conversation-ender with pro-gun types. It’s much harder to write about the gun violence in inner cities, like Chicago. You’re dealing with systemic problems far beyond guns. But ignoring the wider violence creates the impression that the media cares only about rifles and mass shootings.

Having staff writers dedicated to Second Amendment issues that aren’t anti-gun nuts is a great idea, but Larimore mentions that the media is less at fault over the AR-15 and MCX rifle mix-up post-Orlando since the information between the two rifles is very similar. I, of course, disagree. Initially, yes, maybe that was the case, as the ATF posted a tweet showing an AR-15 as one of the firearms the Orlando killer bought legally—but the media continued to clamor about the evils of this beautiful rifle even after reports were corrected. You have to make the distinctions—and you need to stop with the idiotic stories about how you got hurt firing an AR-15 to desperately convey the point that this firearm should not be owned by civilians. Too late—law-abiding Americans already own millions of them. It’s that part that makes me somewhat queasy; that the liberal media continues to push for the AR-15’s abolition, despite those attempts ending in failure. Are they hoping that one more mass killing will do the trick? If so, that’s insane. There’s no way the assault weapons ban is coming any time soon, but in the meantime—we have to fight against their narratives.

And that’s the point. We all knew that as soon as the AR-15 was erroneously reported as the weapon in this attack, the endless posts about how we need to ban this rifle were coming. Even after the reports were corrected to show that it was a Sig Sauer MCX rifle, the attack on the AR-15, and similar rifles, was going to continue. Any punch against this pernicious form of agenda journalism should be thrown. And yes, that can start with noting that the media messed up naming the murder weapon.