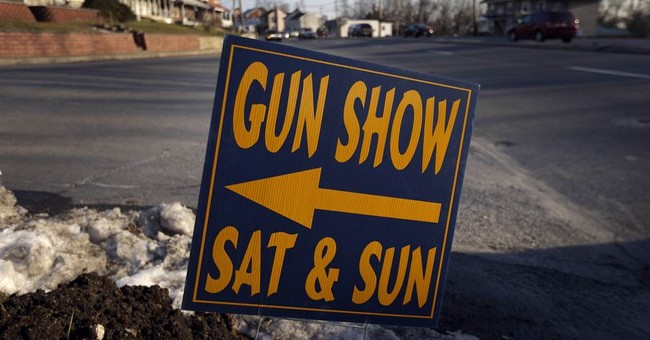 Last year proved to be a record one for gun sales. Over 23 million FBI background checks were conducted; that’s an all-time record. Given that President Obama decided to issue executive orders on gun control after the Christmas holidays, and the prospects of Hillary Clinton winning the presidency, that record could be shattered this year. In fact, we’re on track to break it. So far, background checks are up 36 percent this year (via Fox 31 Denver):

FBI background checks for gun purchases have surged by more than a third this year, compared to the first quarter of 2015.

It puts 2016 is on track to surpass last year’s record of 23 million background checks.

That’s an increase of 36 percent from the same period last year, when there were 5,644,866 background checks.

All I can say is, outstanding.

Matt Vespa
Did You Catch What's Funny About WaPo's Op-Ed About Why It's Tough to be Conservative Right Now?
Matt Vespa
GOP Senator Warns Why HHS Nominee Will Be Bernie Sanders's 'Wingman'

Cortney O'Brien
One of the GOP's Biggest Thorns in the Side Has Returned to Discuss Trump's Impeachment
Matt Vespa
Another Conservative Businessman Announces Run for Virginia Governor
Cortney O'Brien
'Unredacted with Kurt Schlichter': The Damage Has Been Done

New Poll on Trump and the GOP Delivers Bad News for the Squishy RINO Establishment
Townhall
President Biden's chief of staff says schools aren't open because they haven't made the investments to keep students safe
Twitchy
NAILED IT: Ben Shapiro Comes Right Out and Says It About Biden: 'This Is Not Normal'
Redstate
Ten Reasons a Post-Presidency Impeachment of Barack Obama Should Happen
PJ Media