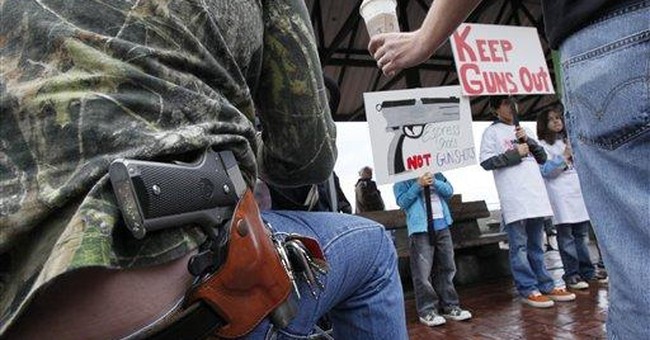 Well, the fight for expanding our oldest civil right just scored another victory in West Virginia over the weekend, where the state legislature pushed Democratic Gov. Earl Ray Tomblin’s veto of a bill that would make the Mountain State the eighth to recognize constitutional carry rights for handguns (WVVA):

West Virginia will soon be among seven other states where residents can carry a concealed weapon without a permit.

The override on Tomblin's veto means that if you're older than 21 and live in West Virginia, permitless concealed carry will be law in 90 days.

On March 4, the state’s House of Delegates voted 64-33 to override Tomblin’s veto; the State Senate voted 23-11 in favor of overriding the veto the following morning. The law goes into effect on May 26.