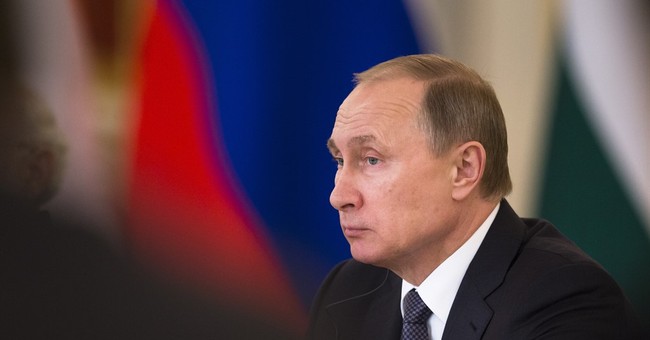 Remember when Hillary Clinton wanted to reset relations with Russia? Do you remember when President Obama mocked Gov. Mitt Romney for suggesting that Russia is our greatest geopolitical foe in 2012? Well, as you could expect, the Russian reset was one of the many failures we’ve seen with the Obama administration’s smart power foreign policy. Oh, and Mitt Romney was right…about pretty much everything.

Now, Russia has listed the U.S. as a threat in their new national security strategy (via Reuters):

new appraisal names the United States as one of the threats to Russia's national security for the first time, a sign of how relations with the west have deteriorated in recent years.

The document, "About the Strategy of National Security of Russian Federation", was signed by President Vladimir Putin on New Year's Eve. It replaces a 2009 version, endorsed by then- President Dmitry Medvedev, the current prime minister, which mentioned neither the United States not NATO.

Conducting an independent policy, "both international and domestic" has caused "counteraction from the USA and its allies, which are striving to retain their dominance in global affairs."

That in turn is likely to lead to "political, economical, military and informational pressure" on Russia, the document says."

It also names the expansion of NATO as a threat to Russia's national security and said that the United States has expanded its network of military-biological laboratories in neighbouring to Russia countries.

As the late Russian economist Yegor Gaidar once told Paul Weyrich, the co-founder of the Heritage Foundation who has also passed, “Just because the Soviet Union went away doesn't mean these people have gone away.”