The EPA Knew The 'Blowout' Risks For Colorado Mine Spill 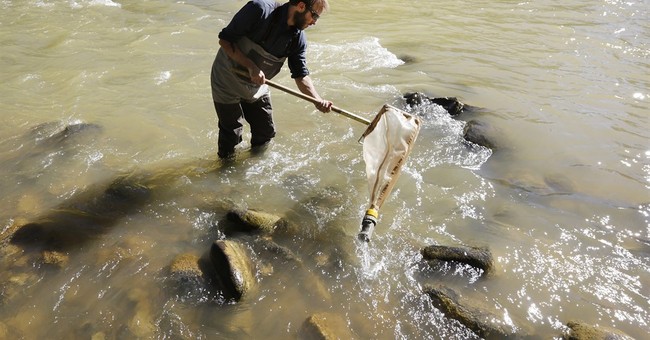 The Environmental Protection Agency is responsible for releasing over three million gallons of contaminated water from the long-abandoned Gold King Mine into the Animas River, thanks to a botched cleanup assignment conducted by one of their own teams. Colorado, New Mexico and parts of Utah have been affected, with those infamous photos showing orange water flowing down stream. This deluge of toxic water has also placed the Navajo Reservation in the cross hairs. The cost of this fiasco truly is a guessing game, ranging from $338 million and $27 billion. Yet, the Associated Press  reported over the weekend that the EPA knew about the risks concerning the Gold King Mine cleanup. And, yes, most of the documents were “redacted”:

U.S. officials knew of the potential for a catastrophic "blowout" of poisonous wastewater from an inactive gold mine, yet appeared to have only a cursory plan to deal with such an event when a government cleanup team triggered a 3-million-gallon spill, according to internal documents released by the Environmental Protection Agency.

The EPA released the documents late Friday following weeks of prodding from The Associated Press and other media organizations. While shedding some light on the circumstances surrounding the accident, the newly disclosed information also raises more questions about whether enough was done to prevent it.

The Aug. 5 spill came as workers excavated the entrance to the idled Gold King Mine near Silverton, Colorado, unleashing a torrent of toxic water that fouled rivers in three states.

A May 2015 action plan produced by an EPA contractor, Environmental Restoration LLC, also noted the potential for a blowout.

The May plan also called for a pond that would be used to manage the mine water and prevent contaminants from entering waterways. That pond was not completed.

Much of the documents were redacted. Among the items blacked out was a line specifying whether workers were required to have phones that could work at the remote site, at an elevation of 11,000 feet.