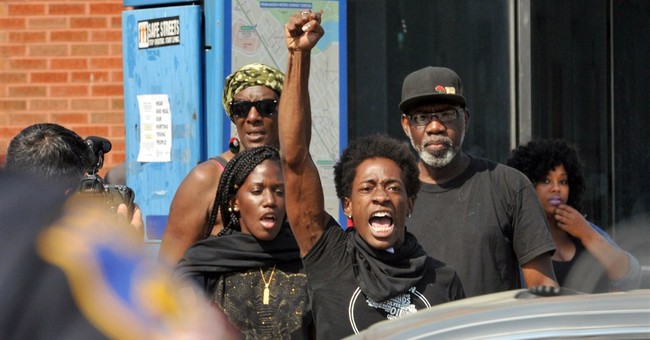 Some conflict of interest issues have been raised against Baltimore City State Attorney Marilyn Mosby. Some are arguing that her office overreached when she brought charges against the six police officers involved in the death of Freddie Gray, especially the driver of the van; he’s been charged with second-degree murder.

Gray died in custody after being arrested on April 12. He suffered a fatal spinal injury at some point during his 45-minute ride in a police van. The city descended into chaos, a state of emergency was declared, and the National Guard rolled in to help local law enforcement restore order.

Well, ever since the charges have been brought forward by Mosby, crime has been surging in Baltimore due to police being more “hesitant” in light of intense media and public scrutiny (via Baltimore Sun):

As the number of shootings and homicides has surged in Baltimore, some police officers say they feel hesitant on the job under intense public scrutiny and in the wake of criminal charges against six officers in the Freddie Gray case.

State's Attorney Marilyn J. Mosby's decision last week to charge the officers has stoked strong opinions across the country — including praise from those who want accountability and derision from some legal experts.

But perhaps the most jarring effect has been on the Baltimore Police Department.

In 29 years, I've gone through some bad times, but I've never seen it this bad," said Lt. Kenneth Butler, president of the Vanguard Justice Society, a group for black Baltimore police officers. Officers "feel as though the state's attorney will hang them out to dry."

Several officers said in interviews they are concerned crime could spike as officers are hesitant to do their jobs, and criminals sense opportunity. Butler, a shift commander in the Southern District, said his officers are expressing reluctance to go after crime.

"I'm hearing it from guys who were go-getters, who would go out here and get the guns and the bad guys and drugs. They're hands-off now," Butler said. "I've never seen so many dejected faces.

The city has seen 40 shootings since April 28, the day after the city's most intense day of rioting, including 10 on Thursday alone. There also have been 15 homicides in that span, bringing the year's total to 82 — 20 more than at the same time last year.

On Friday, the attorneys for the police officer charged asked for Mosby to recuse herself, citing the conflict of interest issues. The Sun reported that Mosby said in a statement that she has information that backs up the charges, but it has not been made public. She wouldn’t comment further on the matter since the Gray case is an ongoing investigation.

So, the police are “hesitant” to do their jobs due to questions surrounding probable cause–and the legal ramifications if officers get it wrong. That, coupled with the effects rioting leaves behind, sure makes what’s happening in Baltimore somewhat predictable, as Megan McArdle wrote (via Bloomberg):

I certainly sympathize with the grievances of the people who rioted following the assassination of Martin Luther King Jr. more than I do with soccer hooligans or Tulsa lynch mobs. But regardless of justification, rioting is incredibly destructive, mostly in the neighborhoods where the rioters live. In my own city, Washington, D.C., the major retail corridors that were destroyed in the 1968 riots have only really begun to recover in the last five years (and one of them still hasn't). Who suffered because of that? The store owners, obviously, and their insurers. But the people who suffered most grievously were the mostly black people who lived in those neighborhoods. The commercial craters left by the riots attracted crime, raised unemployment and left the residents of the neighborhood nowhere to buy the necessities of life. People who had just started to get a toehold in homeownership saw the value of their homes depressed for decades.