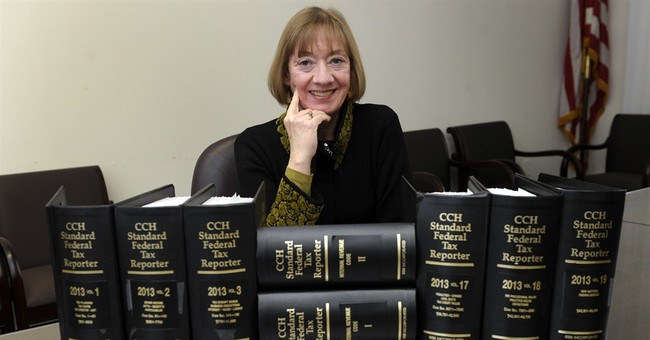 So, our tax code is nearly 74,000 pages long. Tax reform has been one of those unicorn issues in Congress. We talk about it, politicians campaign on it, but in the end; it never goes anywhere. Yet, at the start of the new legislative session, there was some hope among Republicans that something could be done about the tax code. Yet, it was cautious optimism; the president only wants to reform corporate tax codes, which Sen. McConnell said would leave out most American businesses.

So, where do we go from here? What’s the first step? Let Freedom Ring, a non-profit, nonpartisan public policy organization has a modest proposal; let’s sunset the entire tax code. Colin Hanna–the organization’s president–wrote in February that it’s an immensely popular policy initiative:

No other path to tax reform can unite, even if only temporarily, those who prefer some kind flat tax on income with those who prefer a tax on consumption. At least one private poll suggests that sunsetting the current tax code may be supported as many as 80% of voters.

As former House Speaker Newt Gingrich once said, “Find 75 or 80% [popularity] issues. Stand next to them and smile. Let your opponent frown!” Seventy-five or 80% issues are rare, but they have the potential to upset the usual political calculus.

For instance, conventional political wisdom holds that sunsetting the tax code would be widely supported by Republicans but not Democrats, and that a bill to sunset the code would probably fail in the Senate if it passed in the House, as it likely would. A “Tax Code Termination Act” passed the House twice before, in 1998 and 2000, and in the last Congress, a version introduced by Virginia Congressman Bob Goodlatte garnered 122 co-sponsors, including 2 Democrats, but never made it to the House floor for a vote.

If it were promoted so that it became a major issue with the public, isn’t it at least plausible that it could win the support of seven Democratic Senators? If it passed the Senate, President Obama would be faced with an interesting veto decision: would he really want to veto the will of the American people – especially when there was no real downside to signing the bill, since the effective sunset date would be well after he left office?

Oh, and the date for the sunset provision would be in 2019; plenty of time to have a national conversation about tax policy:

This time frame gives lawmakers and policymakers plenty of time to debate and make the ultimate changeover. There will be plenty of lead time to avoid creating chaos in the financial markets, yet it would be soon enough to promote timely action.

Sunsetting the tax code would be a win-win proposition for those who want to do as they say and enact true reform, and, for the American people who've heard these gaseous pronouncements out of Washington time and again, so as to become numb to them.

Exit question: what do all of you think about this idea?