WaPo: The Democratic Party Has Been Gutted 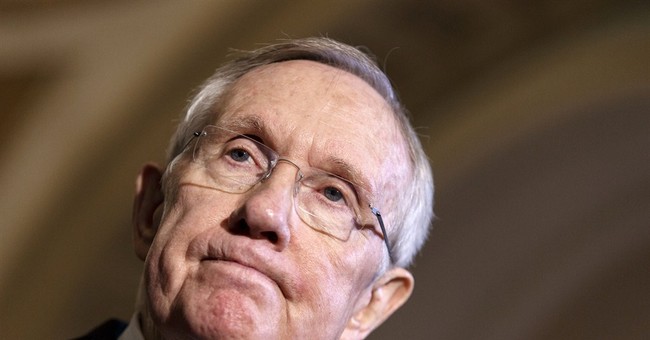 Oh, schadenfreude; it won’t end. Except this time, it’s Democrats who are on the receiving end. In 2012, liberals pretty much rubbed it in when Obama won re-election. It was probably one the worst nights for the Republican Party. They lost the presidential race and a few Senate seats that were eminently winnable.

Four years prior, there was an absurd discussion about the end of conservatism after Obama’s win over Sen. John McCain. The Democratic permanent majority was upon us. Then, 2010 came.

Both sides are guilty of this drivel; public opinion can change so nothing is permanent in American society. Hence, there can be no permanent majorities. There could be a prolonged period of time when a party dominates the national scene, but like empires and Tony Soprano, it all comes to an end.

As the Washington Post’s Dan Balz noted, it’s the Democrats who face a problem in future elections. Despite the liberal talking point that Republicans are full of old, white men, it’s the Democratic Party that’s looking increasingly like the home of the merciful rest, especially when it comes to national elections; there is little new blood within the ranks:

As the post-Obama era nears, the Democrats’ best-known leaders in Washington are almost entirely from an older generation, from the vice presidency to most of the major leadership offices in the House and Senate. The generation-in-waiting will have to wait longer.

Think of it this way: If Clinton were to win the presidency and serve two terms, the next opportunity for a new generation of Democrats to compete nationally would not come until 2024. The Democrats could go 16 years between competitive presidential nomination contests, wiping out opportunities for today’s younger generation to define or redefine the party apart from either the Obama or Clinton eras.

The last competitive nomination campaign, in 2008, included — in addition to Obama and Clinton — an experienced field: then-senators Joe Biden, Christopher Dodd and John Edwards, and then-governor Bill Richardson. Clinton has been on the national stage for two decades. Biden, who might run if Clinton does not, was elected to the Senate four decades ago. Dodd and Richardson are out of office. Edwards is in disgrace. With the obvious exceptions, that field has disappeared.

The more serious problem for Democrats is the drubbing they’ve taken in the states, the breeding ground for future national talent and for policy experimentation. Republicans have unified control — the governorship and the legislature — in 23 states, according to the National Conference of State Legislatures. Democrats control just seven. Democrats hold 18 governorships, but only a handful are in the most populous states.

Without prominent statewide elected leaders, Democrats are in danger of seeing their state party structures atrophy. This has happened in Texas over the past two decades, ever since Republicans seized control of the politics of the state.

Since 2010, Republicans have showcased their governors’ conservative agendas. Some of those governors have felt the sting of a voter backlash against some of those policies. Yet other than in Pennsylvania, they all won again, carrying red, blue and purple states. Those who survived should learn from the scares they got this fall, making them more battle-tested and perhaps wiser in their second terms.

Balz also noted how the “dearth of power in the states” would lead to a soporific debate on policy at a time when Democrats need to find a more compelling message to persuade voters. Democrats had no message in 2014.

Democrats seem to have fallen into the “demography is destiny” trap. A lot can change in two year and in some lefty circles; the 2012 exit polls weren’t going to work in some of the races this year.

If you look at this year’s exit polls, all demographics moved towards the GOP. With Asians, there was a HUGE shift towards Republicans. In 2012, Democrats won this demographic 76/23. In 2014, they broke slightly for Republicans 50/49.

What about the “War on Women,” the evil wealthy folk, and other liberal talking points made in 2012? They all “fell flat” (via Cook Report):

The War on Women and War on Rich Guys Fell Flat: In Colorado, where Mark Udall spent most of his time talking about Republican Cory Gardner's views on contraception, just 48 percent of the electorate was female (a drop of three points from 2012). Moreover, Udall's performance among women voters was four points worse than Michael Bennet's showing among female voters in 2010 (52 percent to 56 percent). In Illinois, Connecticut, and Florida gubernatorial races, and the Georgia Senate contest, the Democrat tried to "Romney" the GOP candidate by attacking that candidate's wealth and business practices as beneficial to those in the one percent. As of early this morning, only Democratic Gov. Dan Malloy looks to have prevailed.

Yet, Republicans also need to take a step back. First, midterm elections are not good indicators for presidential years. Second, as Ed Morrissey noted, while demographics trended towards the GOP, we still lost ground with women, independents, and Hispanic voters if you compare the exits from 2014 to 2010:

However. Those gains came in comparison to a presidential cycle, and the differences in the natures of those cycles can account for at least some of those differences. The Post compares the exit poll results to 2010 in more of an apples-to-apples analysis, and the results should worry Republicans. The GOP made slight gains in 2014 over 201o among blacks, 18-29YOs, the middle class, and a large jump among Asian-Americans. They lost ground among women, Latinos, independents, seniors and 30-44YOs, and both working class and the wealthy. None of these declines went into double digits, but aside from the income demos, they all exceed the margin of error in the polling.

Still, when it comes to women voters, Republicans lost them to Democrats 51/47, which is competitive–and there’s plenty of time to make inroads in other voting groups as well. As for the Asian-American vote, it’s growing and still up for grabs.

And, Hillary, unlike Obama, is not the personification of change, nor a breath of fresh air. The Clintons’ inability to move the needle for Democrats in the vast majority of races they decided to stick their beak in should worry Clintonites; their era in American politics may be coming to an end.

In 2008, Obama came out of nowhere for most of America and was a fresh change from the previous administration. Hillary is *none* of that.

Final note: Can we put to rest the notion that the Republican Party is a regional one?