GOP Rep. Fires Back at Yellen’s Remarks On Abortion 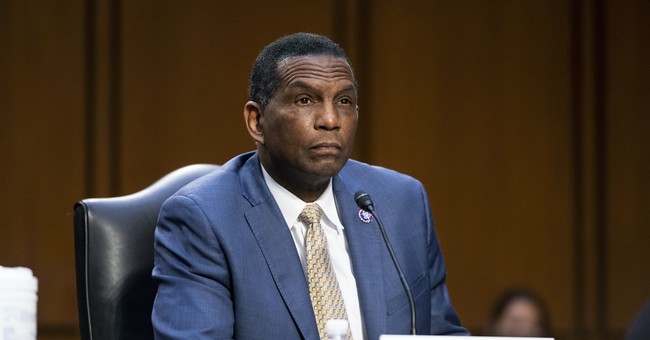 GOP Rep. Burgess Owens, from Utah, argued against abortion at a House Judiciary Committee hearing on Tuesday. In his remarks, he spoke on the value of life and said the abortion industry discriminates against black women.

“For years, the black community has been disproportionately targeted by the abortionist industry. I’ve watched it happen,” he said. “We’ve lost more than 20 million black babies over the last 40 years. That’s 40 percent of my race exterminated before given a chance to bless our nation with their innate talent.”

Owens fired back at remarks from Treasury Secretary Janet Yellen, who claimed at a Senate Banking Committee hearing that abortion would hurt the economy.

“Eliminating the rights of women to make decisions about women, whether to have children would have very damaging effects on the economy and set women back decades,” she claimed.

“Secretary Yellen argued that ending the life of an unborn child is a good thing for the labor force participation rate,” Owens continued. “Since I’m very aware of the founder of Planned Parenthood, Margaret Sanger, I find the parroting of her manifesto by Secretary Yellen, the devaluation of life of unborn poor, black and minority children, as very concerning. I’ve also been aware of Sanger’s 1946 book ‘The Negro Project,’ in which she shared her vision of poor blacks and other minorities ‘the gradual suppression, elimination, and eventual extinction of a defective stock – those human weeds were threaten the blooming of the finest flowers of American civilization.’ She was a favorite, by the way, of the white supremacist KKK speaking circuit…these are the words of a rabid racist founder of Planned Parenthood.”

Owens cited a 2017 report from Life Issues Institute that noted that 88 percent of Planned Parenthood megacenters target women of color. This accounts for 80 percent that target black communities and 56 that target Hispanic and Latino communities.

“For those who love the concept of equity in everything under the sun including test score outcomes, when it comes to the death of unborn, the abortion equity seems to be pretty racist to me,” Owens said. “Abortion is not health care. Health care does not result in the intentional death of over 60 million human beings. It undermines the dignity and worth of every individual and their God-given right to life. If a woman feels that abortion is her only and best option, I believe that woman has been failed by her family, her partner, her community, and her health care providers.”