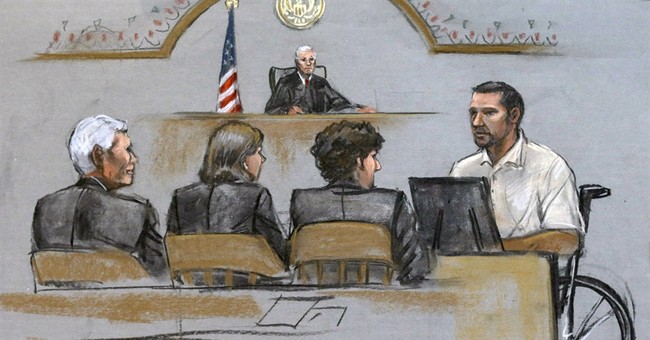 On Monday, Boston Marathon bombing survivor Marc Fucarile appeared in a Fox News interview where he said he thinks the Supreme Court of the United States (SCOTUS) should reinstate the death penalty for bomber Dzhokhar Tsarnaev.

In the segment, Fucarile asserted his stance on the death penalty, claiming that Tsarnaev should be used as an example for criminals to send a message. Fucarile also slammed the Biden administration’s handling of Afghanistan and how American citizens trapped behind Taliban lines could be switched out for terrorists in custody in the United States.

“This is it. Look what’s happening. There’s no consequences for people’s actions. I think we need to send a message with this marathon bomber, that, you do something like this, the death penalty’s something you should get. So, I’m 100 percent for it. If the Supreme Court doesn’t reinstate it, I will be willing to go back to trial and push for it,” Fucarile said in the segment. On the day of the bombing, Fucarile was sitting near the finish line of the marathon and lost his right leg in the explosion.

“I worry. It’s probably only a matter of time, unfortunately, before something crazy happens. Because again, we’re not sending messages. We’re not dealing with this stuff properly. That’s why cops are getting murdered on a daily basis. We need to send a message to criminals and people – the bad guys. I mean, the bad guys have more rights than us victims. I mean, it’s the truth,” Fucarile added. “It’s sad in this country what’s happening. People have lost their minds. I mean, the leniency they have towards criminals is sickening to me. It’s really embarrassing.”

“265 injured. 17 mutilated, meaning 17 amputees from that day. 5 killed from their actions. This guy’s a terrorist. And I think we need to send a message, plain and simple,” Fucarile continued.

As Spencer reported in June, the Department of Justice (DOJ) asked SCOTUS to reinstate the death penalty for Tsarnaev for his role in the 2013 bombing of the Boston Marathon. In his report, Spencer noted that a spokesperson for the Biden administration said in November 2020 that “the President-Elect opposes the death penalty, now and in the future, and as president will work to end its use.”

“We need to send a message to people, like, you can’t be doing this stuff. It’s not okay. And unfortunately, there are people in positions that think this stuff’s okay. That people should get a second, a third, a fourth chance no matter how much they ruin other people’s lives,” Fucarile concluded before speaking on the Biden administration’s handling of Afghanistan.

“Eventually, I feel the American citizens that we left in Afghanistan, they’re gonna be held as ransom and play poker chips to be switched out for more terrorists. And why not throw in the bus a marathon bomber, you know, when Afghanistan wants to give us back citizens. Say, ‘we’ll take this terrorist, that terrorist,’ and then these guys are released.”