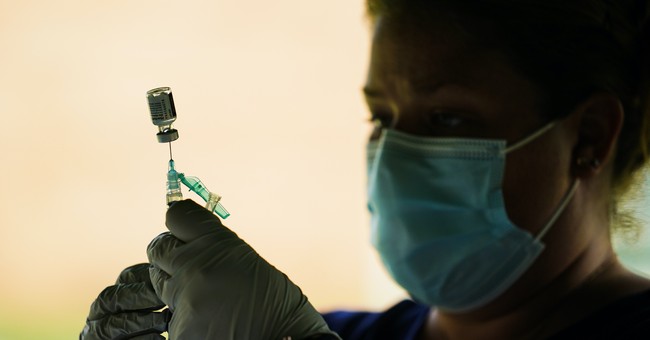 The company reportedly submitted data on numerous booster intervals ranging from two months to six months. It did not formally recommend one to FDA regulators.

As I previously covered, Johnson & Johnson announced last month that their single-dose vaccine has 94 percent efficacy against moderate-to-severe covid when a booster shot is administered two months after the initial dose.

In a press release last month, Johnson & Johnson announced their plans for a booster shot and gave an update on the efficacy they were seeing with different intervals.

“Both J&J and FDA have a sense of urgency because it’s COVID,” Dr. Mathai Mammen, head of research for J&J's Janssen unit, said to ABC News. “We want good data out there converted into action as soon as possible.”