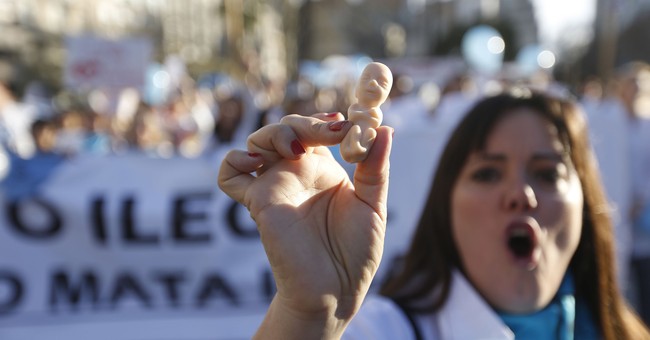 On Monday, an Oklahoma County District Judge blocked laws that would have outlawed abortion after fetal heartbeat detection and banned abortions not necessary to save the mother’s life.

District Court Judge Cindy Truong allowed temporary injunctions against both laws, though she did not block a slew of laws that placed restrictions on abortion.

One of the laws allowed to go into effect requires abortion doctors to be board-certified in obsetrics and gynecology. Additionally, Trunong refused to block enforcement of two laws surrounding abortion medication.These laws would increase regulations, including a mandatory three-day waiting period, on the two-dose abortion pill taken at early stages of pregnancy.

According to The Oklahoman, abortion advocacy groups and providers plan to appeal to the Oklahoma Supreme Court to get all the laws blocked. Recent reports have claimed that Oklahoma abortion clinics are currently inundated following the enaction of S.B. 8 in Texas, a new law that outlaws abortion after fetal heartbeat detection.

On the contrary, the Oklahoma Attorney General's office released a statement applauding Truong for upholding three of the laws, but argued that all five should have been upheld.

"While we believe all five laws challenged in this suit are constitutional, I applaud Judge Truong for at least upholding three commonsense abortion regulations that will protect Oklahomans. The plaintiffs in this case have indicated they will appeal, and my office will continue to vigorously defend the pro-life laws enacted by the people’s representatives. On appeal, we will continue to argue that all five of the challenged laws should be upheld because the Oklahoma Constitution does not protect the right to abortion,” the statement said.

This fall, the Supreme Court will hear arguments for the case Dobbs v. Jackson Women’s Health Organization, a case that surrounds a Mississippi law that would ban abortions at 15 weeks gestation. Dobbs has the potential to overturn precedents set by Roe v. Wade and Planned Parenthood v. Casey. Last week, a federal appeals court in Georgia stayed its review of an abortion case to wait and see the high court’s ruling in Dobbs.