Trump or DeSantis for 2024? Florida Republicans Make Their Pick in New Poll 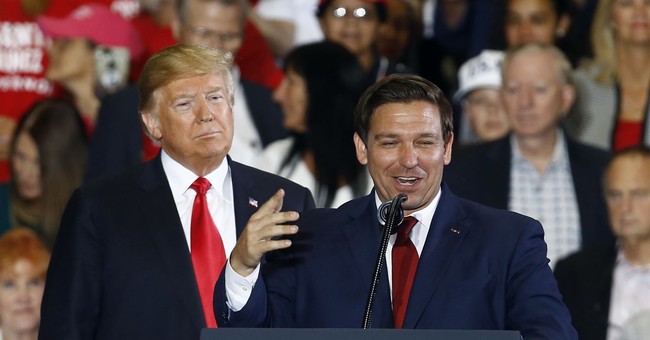 The finding represents a reversal from where Republicans in the Sunshine State stood in January, when the 45th president led the Florida governor, 47 percent to 40 percent.

Now the roles have reversed, with DeSantis beating Trump, 48 percent to 40 percent. While both politicians are considered GOP frontrunners for the presidential nomination, neither has made an official announcement about 2024.

"This doesn't necessarily mean DeSantis would lead in any other GOP primary state," said David Paleologos, director of the Suffolk University Political Research Center. "But it is one data point suggesting a shift in preferences from GOP voters away from Trump and toward DeSantis from Republicans who know both potential combatants quite well."

DeSantis has stood out among Republicans as a culture warrior. Most recently, he highlighted liberals' hypocrisy on the issue of illegal immigration by sending 50 migrants to Martha'a Vineyard, who were promptly shipped off the island and onto a military base.

Recommended
Friendly Reminder: This Is the Calmest Hurricane Season in 30 Years
Matt Vespa