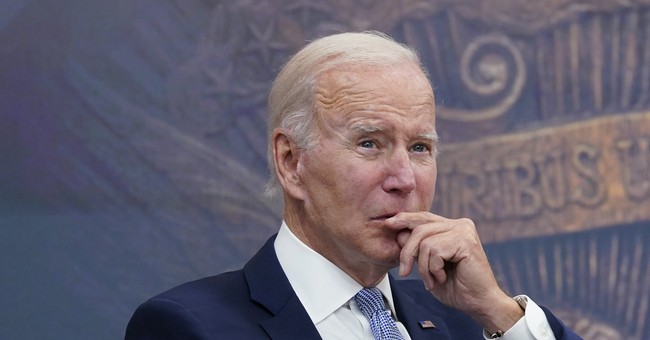 President Biden once again messed up his job title during a meeting with General Motors CEO Mary Barra, which took place virtually since he is still COVID-19 positive.

The president mistakenly referred to himself as “vice president” while talking about how he couldn’t buy an electric Corvette.

“I must admit…I’ve spoken to the chairwoman about the possibility of my being able to buy one of those Corvettes that are electric vehicles you know when they come out,” he said. “I’m not going to be able to do it because I can’t drive a vehicle while I’m vice president.”

He did catch what he said, quickly adding, “while I’m president.”

The president has repeatedly screwed up his position and Vice President Kamala Harris’s, referring to her several times as president and even calling himself the country’s first U.S. senator from Delaware when he meant to say president.

Joe Biden: "There have not been many senators from Delaware. It's a small state. As a matter of fact, there's never been one."

Does he mean to say that he is the first ever senator from Delaware? pic.twitter.com/DIXw8sInAn

The latest mistake comes as a majority of Democrats say it’s time for a new candidate in 2024, according to a recent New York Times/Siena College Poll, with concerns about his age ranking high.

Biden insists he will run for re-election, despite the calls growing louder for him to step aside from media outlets and members of his own party.