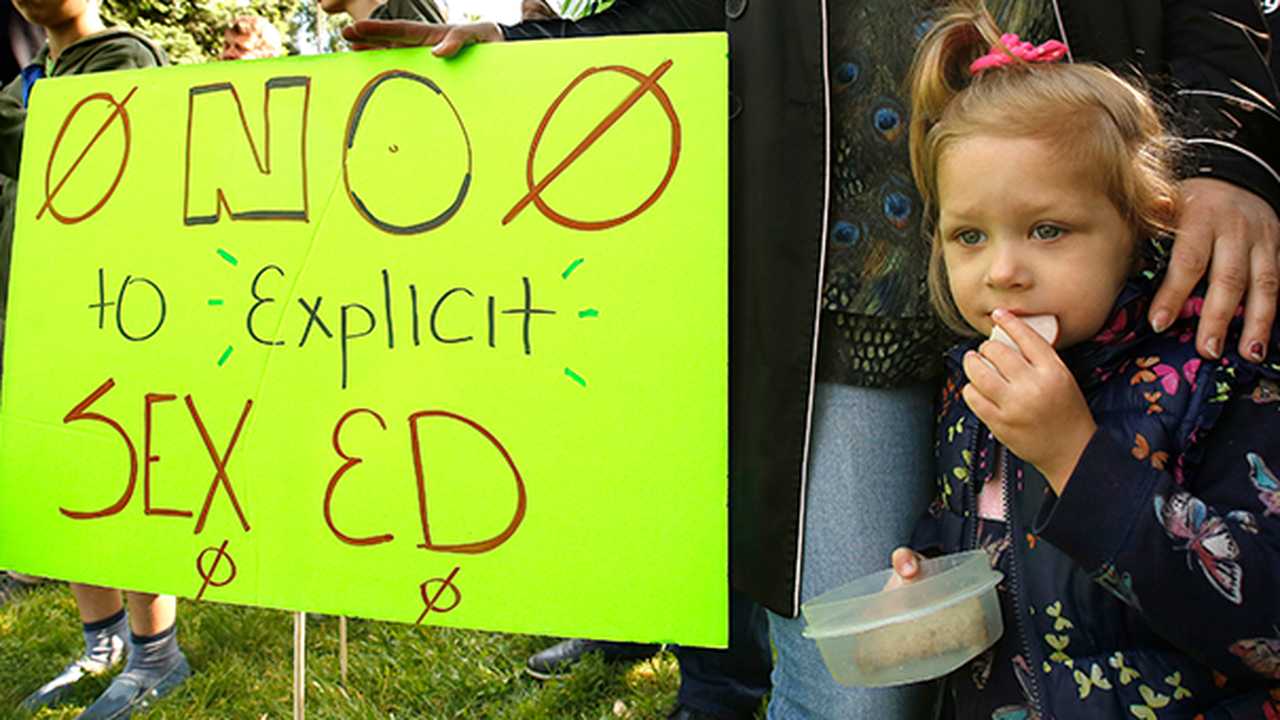 At the time, he ordered the state Department of Education to review the standards, which were adopted two years ago, asking for "further clarification on what age-appropriate guidelines look like for our students."

He did, however, push back on what he claimed was a "distortion" of the standards.

"Unfortunately, our learning standards have been intentionally misrepresented by some politicians seeking to divide and score political points," the governor said in a statement, adding that he's "seen a handful of sample lesson plans being circulated that have not been adopted in our school districts and do not accurately reflect the spirit of the standards."

"Any proposed educational content that is not age-appropriate should be immediately revised by local officials," he continued.

But New Jersey school officials firmly rejected any attempt to revisit the standards, which are set to take effect in the fall.

The majority of state school board members and Acting Education Commissioner Angelica Allen-McMillan Wednesday defended a nearly two-year-old decision to include controversial topics, such as gender identity and abortion, in the state’s new sex education standards. […]

Four state school board members — Andrew Mulvihill, Jack Fornaro, Mary Beth Gazi, and Mary Beth Berry — voted against the revised sex education standards in 2020 and wrote a letter to Allen-McMillan Tuesday ahead of the board meeting. The letter requested a reexamination of the standards, removal of “some of the more controversial and graphic language,” and to delay implementation of the standards.

But, during the Wednesday meeting, Board President Kathy Goldenberg said there would not be a vote to postpone the implementation of the new standards, set to begin in September.

“At this point there will be no votes taken today,” Goldenberg said. “It’s not on the agenda. We won’t be doing it. It won’t happen.”

Allen-McMillan released a memo mid-April addressed to local district leaders that explained the “intent and spirit” of the sex education standards that were revised in June 2020, during the height of the COVID-19 pandemic. The previous standards were set in 2014. The 13-member New Jersey State Board of Education voted 9-4 to update the standards in a resolution after five months of discussion, public comment, and revisions.

“I firmly support the 2020 New Jersey Student Learning Standards in comprehensive health and physical education,” Allen-McMillan said at the meeting. “I recognize that the department can strengthen our efforts to clarify the meaning and scope of the standards for educators.”

She also said she “wholeheartedly disagrees” with critics of the revised standards. One of the guidelines that concerns critics requires second-graders to learn about the “range of ways people express their gender and how gender-role stereotypes may limit behavior.”

Allen-McMillan said she will wait for the state Attorney General's Office to weigh in, according to NJ.com.

"If there's a quorum to do something like that then we'll look at that, but at this point it's not even a remote possibility," she said.