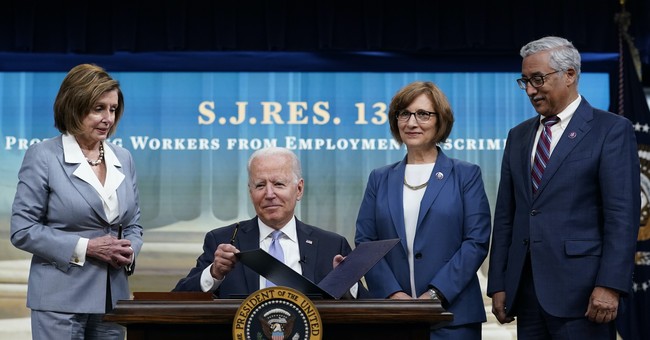 With Americans nationwide facing pain at the pump, Democrats next week will vote on legislation giving the Biden administration power to bar oil companies from setting “unconscionably excessive” or exploitative gas and home energy prices.

The bill will enable the president to issue emergency declaration making it illegal to increase the price of gasoline. "Price gouging needs to be stopped."#OOTT #NoJoke

The legislation gives the Federal Trade Commission and state attorneys general authority to crack down on companies in violation of the law.

Rather than work to increase supply, Democrats have been keen to go this route after profit numbers were released from major oil companies.

Gas prices vary by region, but they’ve risen steadily across the country over the past year. The current national average, according to AAA, is $4.42 per gallon.

Since oil companies are reporting enormous profits, the Democrats argue, they can easily afford to pass the windfall on to consumers instead of shareholders — particularly amid Russia’s invasion of Ukraine, which has only exacerbated the volatility of global fuel markets.  (The Hill)

“Congress needs to be doing all it can to bring down costs for American families,” said Rep. Kim Schrier (D-WA), who introduced the bill with Rep. Katie Porter (D-CA). “What’s infuriating is that this is happening at the same time that gas and oil companies are making record profits and taking advantage of international crises to make a profit. This must stop.”

“This is a major exploitation of the consumer, because this is a product the consumer must have,” she said.

PELOSI: "Price gouging needs to be stopped...the Putin tax cut hike at the pump is part of this." pic.twitter.com/wV0fnTKdAf

Such a move would surely bring shortages, as HotAir's Ed Morrissey notes.

Price controls do not eliminate “price gouging.” They artificially cap prices to a point where producers and retailers can’t profit off of their work. Production inevitably falls off, which then requires sharp rationing of shortage resources, as we also saw in the 1970s. I still recall the odd/even pump days based on your license plate and 5-gallon limits per visit, as well as the 2-hour waits to get to the pump at all, hopefully before the station ran out of gasoline.

Fortunately it's pure grandstanding, as the legislation will be dead on arrival in the Senate.