With Gas Prices Setting Another Record, Is Fuel Rationing Next? One Billionaire CEO Believes So. 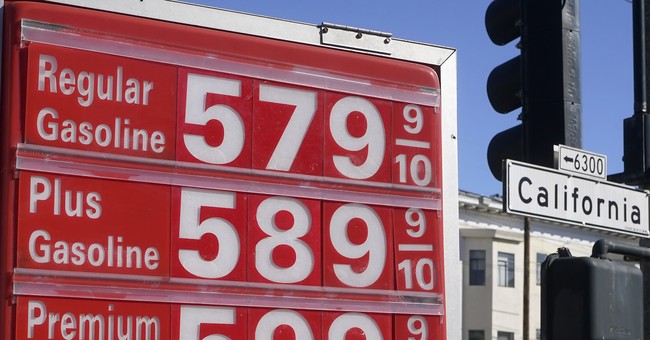 With gas prices at record highs, billionaire John Catsimatidis, CEO of United Refining Co., said Americans should brace themselves for the prospect of shortages and rationing, particularly for diesel.

“I wouldn’t be surprised to see diesel being rationed on the East Coast this summer,” Catsimatidis told Bloomberg. “Right now, inventories are low and we may see a shortage in coming months.”

East Coast stockpiles of the fuel have fallen to the lowest in data going back to 1990. National inventories stand at the lowest in 17 years as the US has become the world’s diesel supplier of choice. Fuel markets have been in disarray since growing bans against Russian products restricted one of Europe’s main suppliers of energy. With exports draining US tanks, the East Coast is feeling the pinch most acutely due to a lack of sufficient fuelmaking capacity there. (Bloomberg)

We are looking at a nightmare in terms of global diesel shortage that will shock people starting June.

Diesel inventory on the east coast is 18 million (About 3 days demand) as of today, we will run down to sub 10 million. ??

This is WAY below historic inventory levels pic.twitter.com/QquIeio8VF

According to AAA, diesel and regular unleaded set new records on Thursday, with the former at $5.56 a gallon and the latter at $4.42 a gallon.

Fuel supplies are tight across the country after refineries mothballed plants during the pandemic when fuel demand was decimated by stay-at-home orders. The East Coast suffered a particular blow after Philadelphia Energy Solutions permanently closed its refinery, which supplied the entire East Coast, in 2019 following an explosion. (Bloomberg)

Catsimatidis doesn’t believe there will be shortages of regular fuel, but that prices will continue to climb.