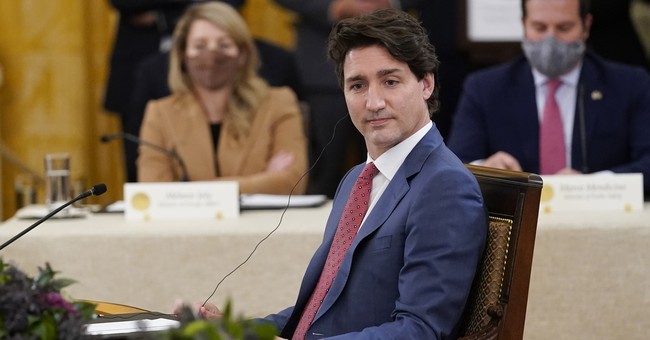 Canadian Prime Minister Justin Trudeau’s descent into dictatorship to rein in the Freedom Convoy protest has support from a majority of likely Democratic voters in America.

According to a survey conducted by Trafalgar Group and Convention of States Action, 55 percent of likely voters disapproved of Trudeau’s handling of the demonstration, while 35 percent approved.

When broken down by party affiliation, 65 percent of Democrats backed Trudeau’s heavy-handed response compared to 17 percent who disapproved, while 87 percent of likely Republican voters opposed the prime minister’s crackdown and 8 percent approved.

One hundred percent of young voters, meanwhile, (those 25 to 35-years-old), disapproved of Trudeau’s response.

On Feb. 14, the Canadian prime minister invoked the Emergencies Act to crack down on demonstrators who had been in Ottawa since late last month protesting the country’s vaccine mandates and other Covid-19 restrictions.

The government announced they would freeze bank accounts of those even loosely attached to the protest, while Ontario’s premier threatened to revoke driver’s licenses. Protesters’ pets weren’t even off-limits.

Deputy Prime Minister Chrystia Freeland also said the government would be broadening its “Terrorist Financing” rules to include cryptocurrencies and crowdfunding platforms as part of the Act.

The Canadian Parliament voted on Monday night to extend its emergency powers for another 30 days despite the blockade being over.

The survey of 1080 likely general election voters was conducted Feb. 18-20 and was provided exclusively to The Daily Wire.