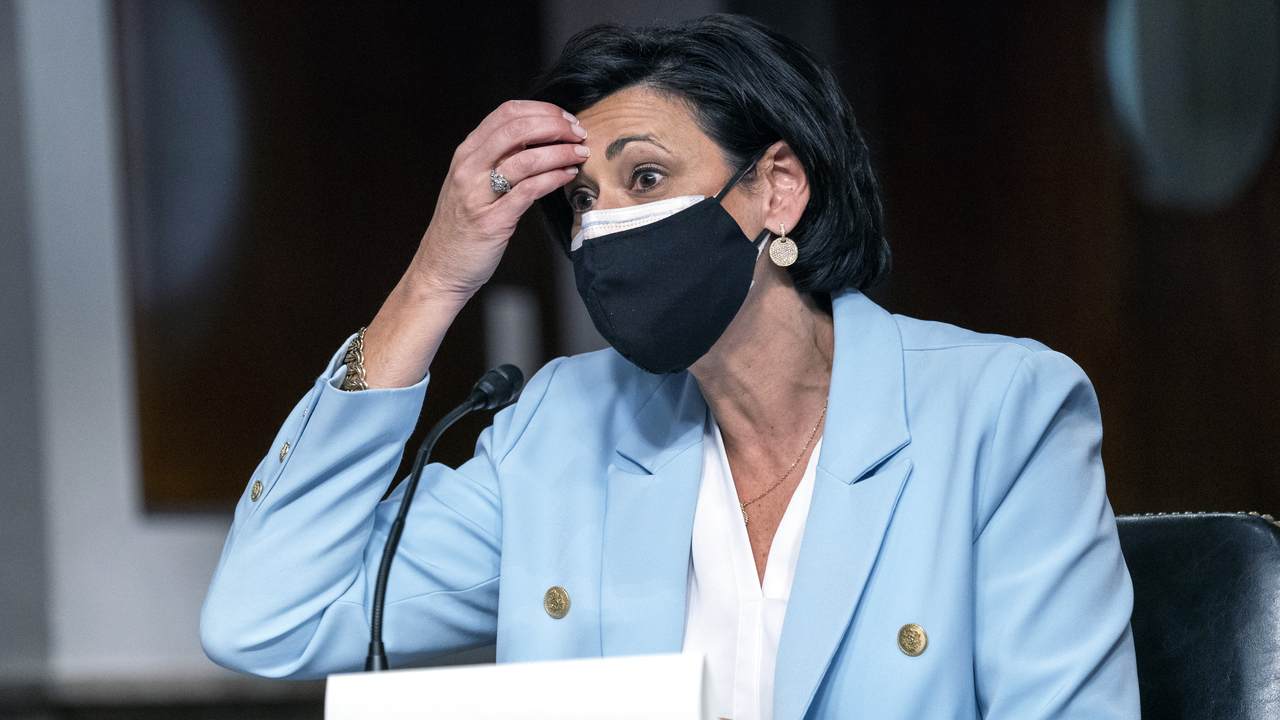 The audio recording from a House Energy and Commerce committee briefing comes as many Democratic governors are beginning to loosen Covid-19 restrictions. In New Jersey, for example, Gov. Phil Murphy announced an end to school mask mandates next month. The decision by him and other Democrats in Connecticut, Nevada, Oregon, and Delaware has much more to do with politics than anything else as we inch closer to the midterm elections.

Despite a return to normalcy by some states, the CDC's position will remain the same.

"The CDC provides guidance," Walensky said, according to audio obtained by Reason. "Our guidance currently is that masking should happen in all schools right now."

GOP lawmakers, such as ranking member Rep. Cathy McMorris Rodgers, pointed out that the masking of schoolchildren in the U.S. is not followed elsewhere around the world.

"[The World Health Organization and UNICEF] have both recommended against masking for kids under the age of five because it's going to do more harm than good. For children ages 6 to 11, they think that we should be considering other factors like learning and social development. My question today, my one question, is, Dr. Walensky, will you commit to update your guidance by Friday to allow children in person without the burden of masks?"

She wouldn't—and that wasn't the last question she was asked about it.

Finally, she acknowledged that "guidance is just guidance, and all of these decisions, we've continued to say, have to be made at the local level."

Walensky continued: "As cases come down dramatically, we have deferred our guidance to the local jurisdictions."

But Rep. Gary Palmer (R–AL) called that response unacceptable, given that many jurisdictions look to the CDC to make judgment calls.