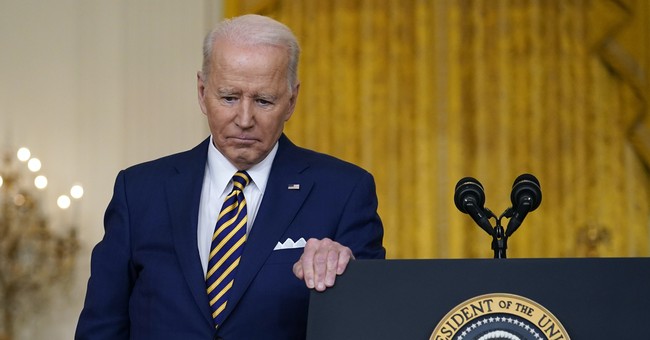 The Biden administration announced Tuesday it is withdrawing its vaccine-or-test mandate for large employers, effective Jan. 26. Instead, it will pursue the mandate as a "proposed rule."

“Although OSHA is withdrawing the vaccination and testing ETS as an enforceable emergency temporary standard, the agency is not withdrawing the ETS as a proposed rule,” the U.S. Department of Labor’s Occupational Safety and Health Administration said in a statement. “The agency is prioritizing its resources to focus on finalizing a permanent COVID-19 Healthcare Standard.

“OSHA strongly encourages vaccination of workers against the continuing dangers posed by COVID-19 in the workplace,” the statement added.

The announcement comes after the Supreme Court blocked enforcement of the mandate earlier this month while challenges continued in lower courts.

“Although Congress has indisputably given OSHA the power to regulate occupational dangers, it has not given that agency the power to regulate public health more broadly,” the court said in its Jan. 13 ruling. “Requiring the vaccination of 84 million Americans, selected simply because they work for employers with more than 100 employees, certainly falls in the latter category.”

Given the Supreme Court's decision, the Biden administration filed a motion on Tuesday to have the existing lawsuits that were filed against the employer vaccine mandate dismissed. Twenty-seven Republican-led states and a coalition of businesses had brought those legal challenges against the mandate.

The Biden administration said that it would be withdrawing the mandate, effective on Wednesday, asking for the existing lawsuits against it to be considered moot. (The Hill)

OSHA is right to withdraw this unconstitutional, damaging, un-American vaccine mandate. Utahns are tired of government dictating so many aspects of their lives. https://t.co/E8EmV4oJKK

A huge win for liberties and livelihoods everywhere!

Proud to lead my Senate colleagues to vote to overturn this illegal mandate, which Supreme Court noted as a reason for their decision to block it. pic.twitter.com/fvgwwP9Nk9

Today’s news is the result of months of pressure in both the House & Senate, during which time @SenatorBraun and I built a coalition around our Congressional Review Act resolution to eliminate this mandate. pic.twitter.com/genhdO4J4F

Update: The Republican National Committee called the move a "major victory" in the group's "fight to protect workers and businesses from Biden and Democrats’ authoritarian vaccine mandates."

"Hardworking Americans should not be forced to choose between being vaccinated and providing for their families," the statement added. "The Biden administration may have surrendered in their attempt to force their 'emergency' vaccine mandate, but the fight is not over. The Republican National Committee’s legal team will continue to protect workers and businesses from Joe Biden’s authoritarian overreach."