'Joe Biden Has Failed': MSNBC Acknowledges How Biden Has Broken One of His Promises 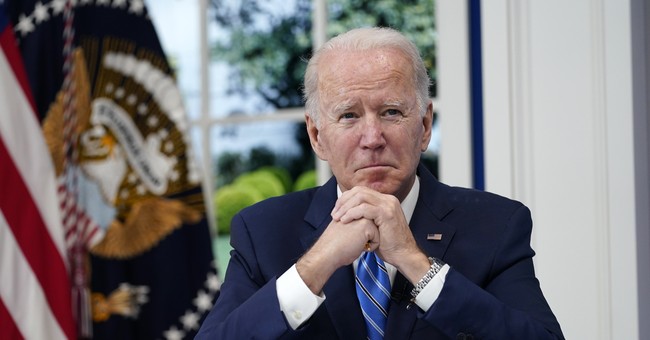 With Thursday marking President Biden’s first full year in office, it’s worth looking back at what he promised to do that Jan. 20, 2021. The major theme of his inauguration speech was “unity” and Biden vowed to “repair,” “restore,” and “heal” what divisions there were in the country, insisting America is “a great nation and we are a good people.”

But the president has “failed” to fulfill that promise—a point even MSNBC has now acknowledged.

“We can treat each other with dignity and respect,” Biden says in a clip from his Jan. 20 speech. “We can join forces, stop the shouting, and lower the temperature.”

"Meet the Press" host Chuck Todd didn't sugarcoat how successful Biden's been at doing that, however.

“President Biden has failed so far to do that,” he said as the show transitioned to a clip of the president from his recent voting rights speech in Georgia.

Biden says it's time to pick a side. "Do you want to be on the side of MLK? Or George Wallace."

Biden’s speech was criticized by those on the left and right, with sharp rebukes coming from Sens. Mitt Romney (R-UT) and Mitch McConnell (R-KY), while Sen. Dick Durbin (D-IL) acknowledged “perhaps the president went a little too far in his rhetoric.”

NBC's Chuck Todd: "A year after promising a change in tone, President Biden has failed so far to do that." pic.twitter.com/TbYXbtiseE

"I know there has been a lot of claims of the offensive nature of the speech yesterday, which is hilarious on many levels, given how many people sat silently over the last four years for the former president," she said.

Jen Psaki think that it's "hilarious on many levels" that some have criticized the "offensive nature of [Biden's] speech" yesterday. pic.twitter.com/XnAq7fSJFx