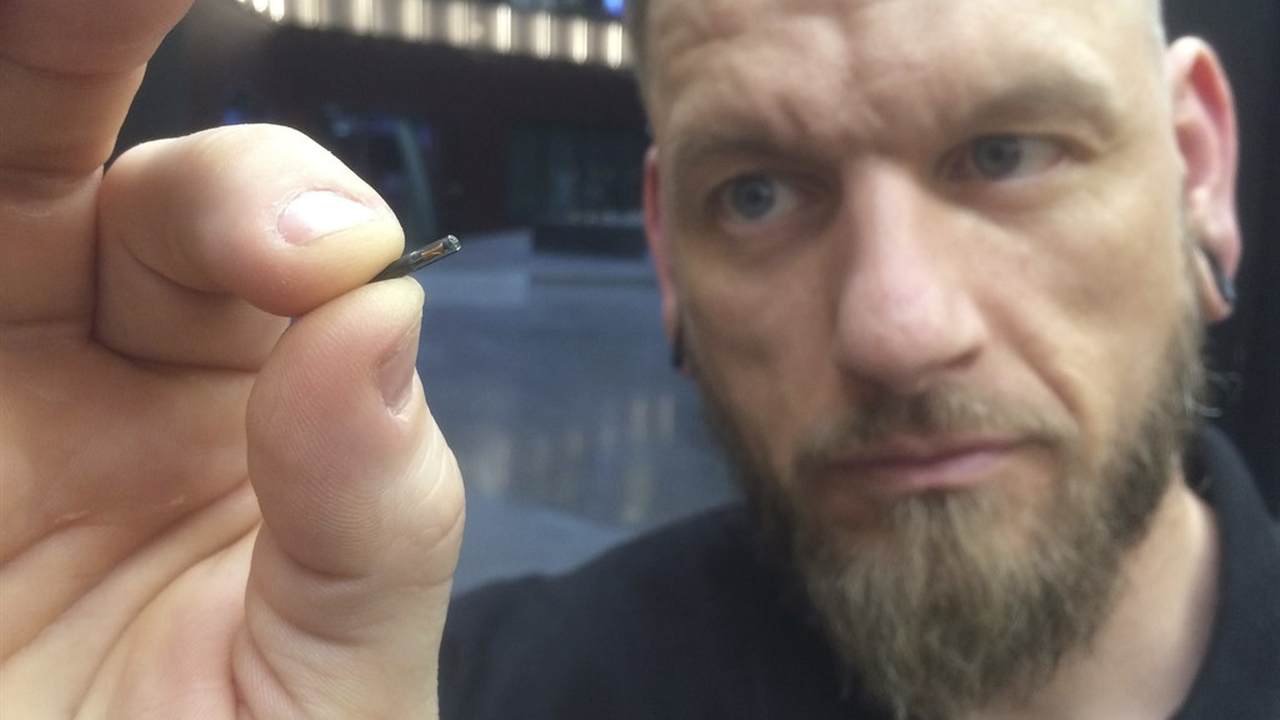 To Americans, it sounds like something out of a Sci-Fi novel, but people in one Nordic country have embraced microchipping themselves for a host of reasons, including now to show proof of their vaccine status.

The trend to implant a chip the size of a grain of rice near one's thumb actually isn't new, however. In 2018, NPR did a report on how microchipping was becoming so popular in Sweden that the company had a hard time keeping up with demand.

The paper highlighted one 30-year-old web developer who had his chip inserted in 2014.

People there used them at the time to "make their lives more convenient—accessing their homes, offices and gyms is as easy as swiping their hands against digital readers," according to NPR.

Social media profiles could also be shared, such as LinkedIn profiles at networking events, and commuters used them on the train instead of carrying around tickets.

Thus, it shouldn't come as a surprise that Swedes are now using them to store health information.

People in Sweden are increasingly seeking to have microchips inserted into their bodies that contain their COVID-19 vaccination records, according to local media outlets.

A video recently shared by Aftonbladet, a Stockholm-based daily newspaper, showed one individual having a microchip inserted near the thumb on his right hand, a procedure that was performed quickly.

The paper's video also featured other people who said they had had the microchips inserted in their hand, arm or chest. Those individuals then used their smartphone to detect the chip's presence or swiped the portion of their body that contained the chip over door sensors to demonstrate how it worked.

The decision to have the microchips implanted under the skin is "increasingly popular" and comes amid tightening pandemic restrictions heading into the winter, according to Aftonbladet. (Newsweek)

It should be emphasized that the trend to microchip is not a result of a government mandate, but rather personal preference.

Source is the Swedish newspaper Aftonbladet.

Note, this isn't government enforced, but rather people doing it voluntarily and then uploading their covid passports to their microchip.

They also use their chip for things like unlocking doors etc.