Report: Biden Officials Had a Surprising Reaction to SCOTUS Order on 'Remain in Mexico' Policy 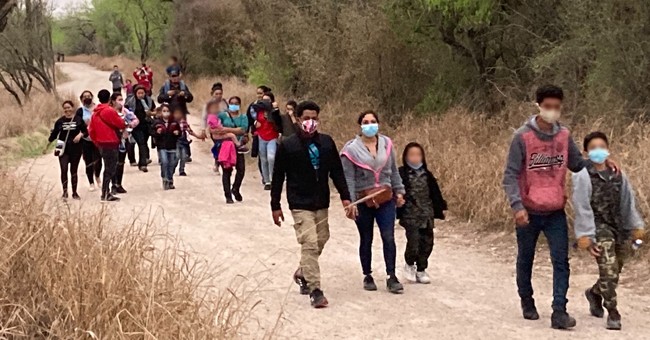 Shortly after President Biden was inaugurated, the administration got to work immediately by gutting former President Trump’s immigration policies, including the “Remain in Mexico” program.

But seven months later, when the Supreme Court dealt what should have been considered a blow to Biden’s agenda, some officials said it actually “brought some measure of relief,” according to a New York Times report.

After Mr. Biden suspended the policy, Texas and Missouri sued the administration, arguing that the influx of people “imposed severe and ongoing burdens” on the states. The Supreme Court refused to block a lower court’s ruling that required the restoration of the program, forcing the Biden administration to comply with it while the appeals process unfolds.[...]

Before that ruling, Mr. Biden’s steps to begin loosening the reins on migration had been quickly followed by a surge of people heading north, overwhelming the southwest border of the United States. Apprehensions of migrants hit a two-decade high in July, a trend officials fear will continue into the fall.

Concern had already been building inside the Biden administration that the speed of its immigration changes may have encouraged migrants to stream toward the United States, current and former officials said.

In fact, some Biden officials were already talking about reviving Mr. Trump’s policy in a limited way to deter migration, said the officials, who have worked on immigration policy but were not authorized to speak publicly about the administration’s internal debates on the issue. Then the Supreme Court order came, providing the Biden administration with the political cover to adopt the policy in some form without provoking as much ire from Democrats who reviled Mr. Trump’s border policies. (NYT)

According to the report, Democrats are beginning to worry that voters may not reflect kindly on the border crisis during the midterms, which would inhibit plans for an even more radical change to the country’s migration and asylum systems.

The Biden administration is “backed into a corner on their broader immigration agenda,” Doris Meissner, the commissioner of the Immigration and Naturalization Service from 1993 to 2000, told the Times. “The only tools that are available in the near term are pretty much pure enforcement.”