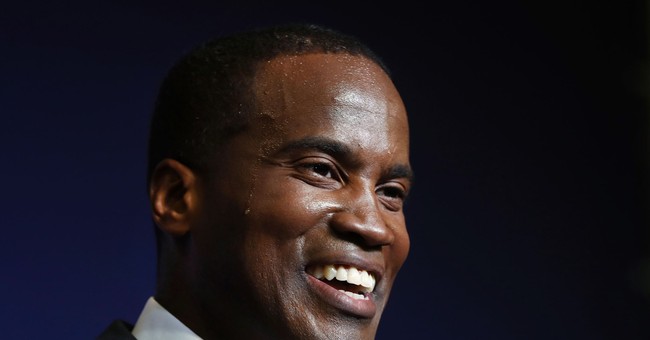 “They want to make it so hard and inconvenient that they hope people don't vote at all,” Biden said earlier this week about Texas’s effort to pass a new elections law. “That’s what this is about. This year alone, 17 states have enacted — not just proposed but enacted — 28 new laws to make it harder for Americans to vote, not to mention nearly 400 additional bills Republican members of the state legislature are trying to pass.”

But speaking to Fox News, James said Biden ought to come to his hometown of Detroit if he really wants to see modern-day Jim Crow.

“You want to see 21st century Jim Crow? Come to Detroit, come see where separate but equal is employed. In Detroit, where south of Eight Mile, taxes are racist, homeowners are penalized for being one of the highest tax areas in the country,” he said. “Come see our schools where we have separate but equal. Come see where children are impeded from their growth because of their zip code, and Democrats are continuing to not hold teachers unions accountable for their failure to prepare our children for the future. Come to Detroit, where south of Eight Mile, young mothers are incentivized to stay unmarried to get their welfare and needed incentives and care. Come take a look at what Democrats around the country in urban areas have done.

“If you want to see modern-day Jim Crow, go to Baltimore, Chicago, St. Louis,” he continued. “The only thing I’m seeing here [that] is as old as the Civil War is the fact that Democrats continue to exploit black people for their own gains.”