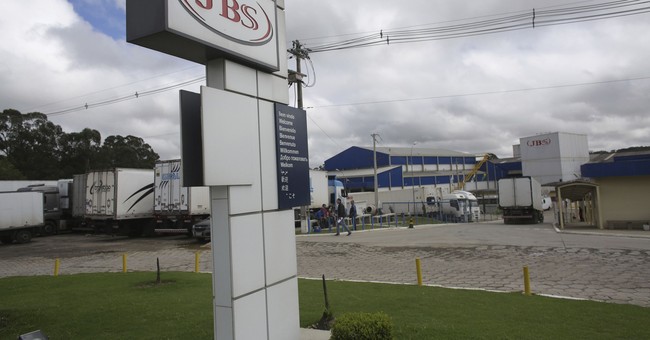 Weeks after a ransomware attack shut down Colonial Pipeline, JBS, the largest meat producer globally, has been forced to halt some of its operations due to a cyberattack over the weekend.

JBS, the U.S.'s No. 1 beef producer, said some of the servers in its North American and Australian IT systems were affected.

“The company took immediate action, suspending all affected systems, notifying authorities and activating the company's global network of IT professionals and third-party experts to resolve the situation,” JBS said in a statement. “The company’s backup servers were not affected, and it is actively working with an Incident Response firm to restore its systems as soon as possible.”

The incident has prompted fears of a global meat shortage.

JBS’s five biggest beef plants in the U.S. -- which altogether handle 22,500 cattle a day -- have halted processing following a weekend attack on the company’s computer networks, according to JBS posts on Facebook, labor unions and employees. Those outages alone have wiped out nearly a fifth of America’s production. Slaughter operations across Australia were also down, according to a trade group. One of Canada’s largest beef plants was idled for a second day.

It’s unclear exactly how many plants have been affected by the attack globally as JBS has yet to release details that granular. The prospect of more extensive shutdowns around the world is already upending agricultural markets and raising concerns about food security as hackers increasingly target critical infrastructure. In the U.S., JBS accounts for about a quarter of all beef capacity and roughly a fifth of all pork capacity. Livestock futures slumped while pork prices rose. […]

JBS closed meat processing facilities in Utah, Texas, Wisconsin and Nebraska and canceled shifts at plants in Iowa and Colorado on Tuesday, according to union officials and employees. Union Facebook posts also said some kill and fabrication shifts in the U.S. have also been canceled. Pork and chicken facilities across the nation are also being closed by the owner of Pilgrim’s Pride Corp., the second biggest U.S. chicken producer, according to union officials and employees. (Bloomberg)

JBS told the U.S. government it was a ransomware attack, likely from a Russian criminal organization.

"The White House has offered assistance to JBS and our team at the Department of Agriculture have spoken to their leadership several times in the last day," said White House spokeswoman Karine Jean-Pierre, reports Reuters.

"JBS notified the administration that the ransom demand came from a criminal organization likely based in Russia. The White House is engaging directly with the Russian government on this matter and delivering the message that responsible states do not harbor ransomware criminals," Jean-Pierre added.

The company said "resolution of the incident will take time, which may delay certain transactions with customers and suppliers."