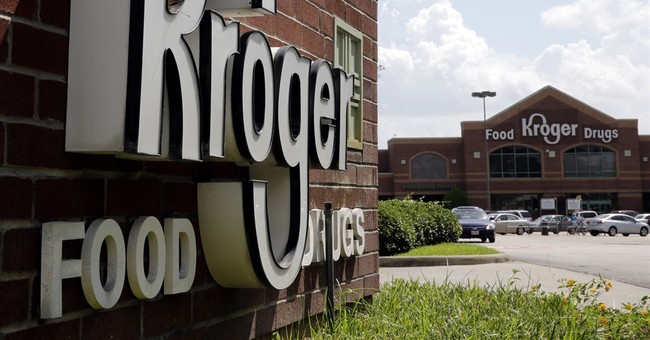 The number of grocery stores closing in California over “hero pay” hikes is growing after three stores in Los Angeles said the extra cost of the hazard pay for workers amid the pandemic is too high to continue operating.

Two Ralphs stores and one Food 4 Less, both of which are owned by Kroger, will shut down, joining two other Kroger locations that closed over a $4 hero pay hike in Long Beach, California, earlier this year.

“The mandate will add an additional $20 million in operating costs over the next 120 days, making it financially unsustainable to continue operating underperforming locations,” Kroger said in a news release. “The Los Angeles City Council disregarded their own Economic Impact Report by not considering that grocery stores – even in a pandemic – operate on razor-thin profit margins in a very competitive landscape.”

Kroger, the country's largest grocery chain, says the hourly wage for a Ralph's or Food 4 Less employee is $18 on average and comes out to $24 an hour when benefits are factored in. The company says they have invested $2.5 billion in rewards to associates who work during the pandemic, securing pensions and implementing safety measures. (Washington Examiner)

“Kroger has made billions in pandemic profits thanks to essential grocery workers in California and across the country," he said. "Kroger’s action today is a cruel attack on essential workers and threatens the food supply for California communities devastated by the explosion of COVID-19 infections in recent months. Essential workers in grocery stores are putting their health at risk every day to make sure families can put food on the table and city leaders are stepping up to ensure they have the hazard pay they have earned."

In Long Beach, Mayor Robert Garcia said they're going to court over the matter.

“The Kroger corporation is closing two markets in Long Beach because our city is requiring temporary hero’s pay for grocery workers during this pandemic,” Garcia tweeted. “Grocers are making record profits. We go to court this month, and we will defend the workers vigorously.”

A total of 289 associates at the three L.A. stores will be affected by the May 15 closures, Kroger told the Washington Examiner.

The announcement comes after the L.A. City Council voted last month to mandate large grocers and drugstores pay workers an extra $5 per hour over the next four months, despite a city report warning that closures could happen as a result of a mandate pay increase.

According to the LA Times, there was only one supervisor who voted against the measure, predicting what would happen if the temporary pay hike was implemented.

“I would hate to think we’re driving [out of business] the very businesses we fought so hard to locate in unincorporated areas, many of which are working-class neighborhoods," said Supervisor Kathryn Barger.