In Bombshell Report, Tucker Carlson Alleges Bank of America Is 'Acting Like an Intelligence Agency' 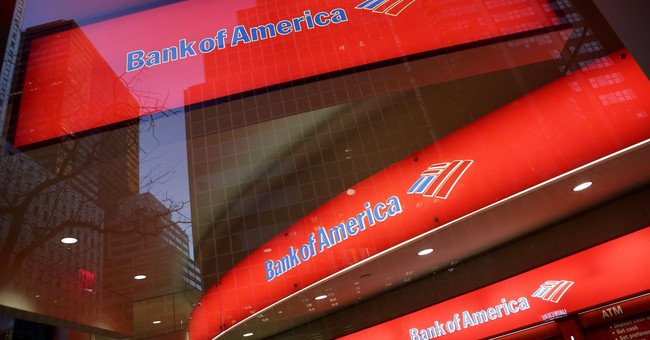 Since the January 6 riot at the U.S. Capitol Building, the call to hunt down “extremists” and “domestic terrorists” has intensified. In his inauguration speech, President Biden vowed to “confront and …defeat” the “rise of political extremism, white supremacy, [and] domestic terrorism.”

According to Fox News’s Tucker Carlson, the second largest bank in the United States is reportedly assisting federal law enforcement agencies in this effort unbeknownst to its customers.

Bank of America “is actively but secretly engaged in the hunt for extremists in cooperation with the government,” he said. “Bank of America is, without the knowledge or the consent of its customers, sharing private information with federal law enforcement agencies. Bank of America effectively is acting as an intelligence agency, but they're not telling you about it.”

According to the exclusive evidence his program obtained, BoA allegedly combed through the financial records from its more than 60 million customers looking for those who “fit a specific profile.”

Here's what that profile was: "1. Customers confirmed as transacting, either through bank account debit card or credit card purchases in Washington, D.C. between 1/5 and 1/6. 2. Purchases made for Hotel/Airbnb RSVPs in DC, VA, and MD after 1/6. 3. Any purchase of weapons or at a weapons-related merchant between 1/7 and their upcoming suspected stay in D.C. area around Inauguration Day. 4. Airline related purchases since 1/6."

The first thing you should notice about that profile is that it's remarkably broad. Any purchases of anything in Washington, D.C.; any overnight stay anywhere in an area spanning three jurisdictions and hundreds of miles; any purchase not just of legal firearms, but anything bought from a "weapons-related merchant," T-shirts included; and any airline-related purchases -- not just flights to Washington, but flights to anywhere, from Omaha to Thailand. That is an absurdly wide net.

Bank of America identified a total of 211 customers who met these "thresholds of interest." At that point, "Tucker Carlson Tonight" has learned, Bank of America turned over the results of its internal scan to federal authorities, apparently without notifying the customers who were being spied upon. Federal investigators then interviewed at least one of these unsuspecting people. That person, we've learned, hadn't done anything wrong and was cleared. (Fox News)

Carlson said the bank’s customers are now “being treated like a member of al Qaeda.”

In a statement to Carlson, BoA did not deny its effort assisting law enforcement but said “all banks have responsibilities under federal law to cooperate with law enforcement inquiries in full compliance with the law.” The Fox News host claimed that's not true and lawyers his program spoke with said what the company did "might, in fact, not be legal and could, in fact, be challenged in court."

The problem, according to Carlson, is that no one in law enforcement or the Biden administration is explaining who fits the bill for being a political extremist.

"We're starting to believe they're not defining it for a reason," he said.

Bombshell report: Tucker Carlson reports that Bank of America is allegedly turning over private information about its customers to federal law enforcement officials without the knowledge or consent of its customers. pic.twitter.com/RXQrMbdB5q