What Tim Kaine Is 'Very Worried About' in Impeachment Trial 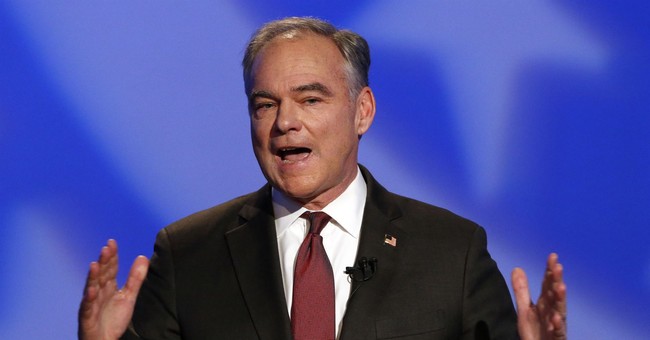 Sen. Tim Kaine scrapped his plans to file a motion to censure former President Donald Trump because he couldn’t get enough support from either side of the aisle.

The Virginia Democrat had been considering the action as an alternative method of holding Trump accountable for the January 6 Capitol riot without pursuing impeachment, where it's unlikely that 17 Republicans will join Democrats in voting to convict the 45th president, meeting the two-thirds majority requirement.

Kaine also opened up about his concerns with an impeachment trial, telling reporters he’s “very worried about going through this trial and having the punchline at the end of it, Trump acquitted again.”

Sen. Tim Kaine: "I'm very worried about going through this trial and having the punch line at the end, being Trump acquitted again." https://t.co/0VBIGsa6k2 pic.twitter.com/Oa3posVAc4

The impeachment trial against Trump will begin February 9 with Senate President Pro Tempore Patrick Leahy presiding over the proceedings.

Trump's impeachment attorney has argued there is no way an unbiased trial can take place.

"Can you imagine any American citizen considering it to be a trial in which the judge and jury has already announced publicly that the defendant must be convicted in this case?" David Schoen asked on Fox News. "And in fact, Senator Leahy called on, demanded that Senator McConnell vote for a conviction also ... how can we possibly have a fair trial? Chuck Schumer, Senator Schumer promised a fair and full trial. You can't, when you know that the jurors and the judge are biased going in."