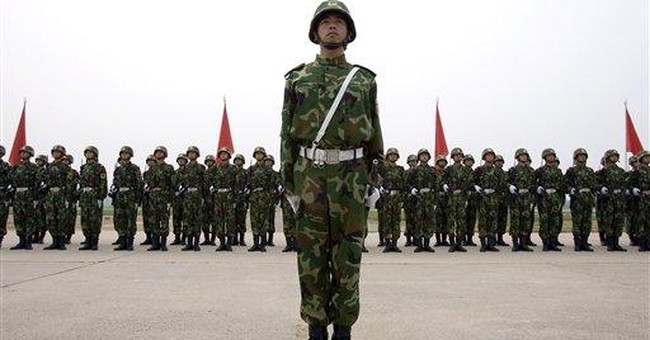 Director of National Intelligence John Ratcliffe said Monday that no matter what politicians or corporations want to believe about China, “the intelligence doesn’t lie”—the country is America’s greatest threat.

“No other country has the capability of essentially taking away the American dream and a specific plan to do so,” he told Fox News’s Tucker Carlson. “My job is to warn the American people of threats and there is no greater threat than China to America.”

Ratcliffe’s appearance on “Tucker Carlson Tonight” comes after publishing what Carlson called “an amazing piece” in The Wall Street Journal laying out the extent of China’s threat.

Beijing is involved in economic espionage to “rob, replicate and replace” U.S. companies in the global market; they’re engaged in the theft of U.S. defense technology; their tech firms “enable malicious activities”; and they direct influence operations in the U.S. targeting members of Congress, Ratcliffe noted in the op-ed. Eerily, in seeking to make China the most formidable military power in the world, China has conducted “human testing on members of the People’s Liberation Army in hope of developing soldiers with biologically enhanced capabilities.”

Carlson said he found the most “jarring” part of the op-ed to be Ratcliffe’s description of the “massive ramp-up of the Chinese military” which isn’t necessarily for “defensive purposes.” The host wondered what Ratcliffe believes is their goal.

“To dominate militarily, technologically, and economically,” he replied, noting that China already has the world’s largest Navy and overall has a 2 million-strong military force.

“They want them to be the largest and they also want them to be the strongest," he said, "which is why they’re engaged in…gene editing, literally trying to alter the DNA, experimenting on DNA, to make soldiers, sailors, and airmen stronger and more powerful.”

Director of National Intelligence John Ratcliffe says that the Chinese Communist Party’s military expansion has been so aggressive that they are engaging in “gene editing” to make their soldiers “stronger and more powerful.” pic.twitter.com/V8Bt4kvyHd

While Ratcliffe did not say whether he believed China's preparing for a physical confrontation with the U.S. in the near future, he did say Beijing is counting on Washington not really responding until China supplants America as the world’s hegemon.

Tucker: This is the greatest threat to democracy, freedom worldwide https://t.co/Qchcs62Jus via @YouTube